Another new type of aircraft was registered in New Zealand yesterday, being a TEAM Tandem Airbike.  The TEAM Airbike was designed by Wayne Ison of TEAM Aircraft of Bradyville, Tennessee who introduced the single seat Airbike in 1994 followed by the tandem version in 1996.  Kit production ceased for some years but was re-started in 2009 by Jordan Lake Aero.  The name Airbike comes from the fact that the pilots feet are positioned outside the forward fuselage like a Harley Davidson motorbike.

The fuselage of the Airbike is fabricated from 4130 steel tubing and the wing is of wooden construction.  It is basically the same wing as the earlier Minimax and Hi Max from TEAM aircraft.  Specifications for the Tandem Airbike are: length 18 feet (5.5 metres), wingspan 31 feet (9.45 metres) and the wing area is 152 square feet.  The empty weight is around 182 Kg (400 pounds) and the MAUW in New Zealand is 399 Kg (880 pounds), and with a 50 HP engine the cruise is around 70 mph, and the stall speed is quoted as 32 mph. 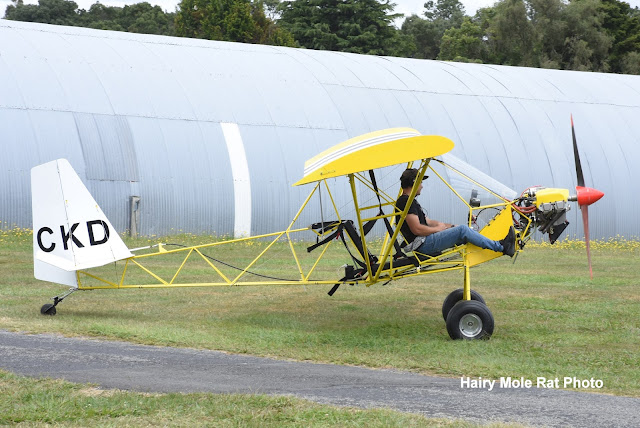