It was no surprise to me that Rod Lewis's DH 98 Mosquito FB VI N474PZ (ex ZK-BCV) has been judged the Grand Champion World War II aircraft at Oshkosh 2019.  It is another gold wrench for Avspecs! 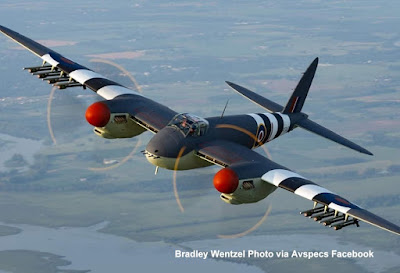 The Mosquito in all its glory over the Wisconsin countryside near Oshkosh.  It is flying with the underwing wing rockets which is the first time I have seen this. 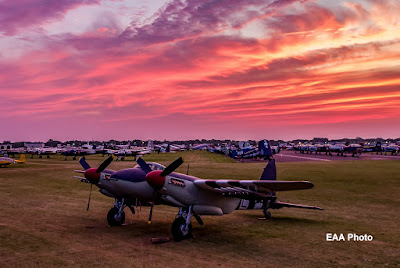 And basking in the sunrise at Oshkosh - out in a class of its own!

Huge congratulations to Warren Denholm and his team at Avspecs for another magnificent world-class restoration.