Robert McNair's lovely Pitts S 1C ZK-RMR was test flown successfully from Ardmore on 13 July, flown by test pilot Richard Hood.  It is photo'd below with its engine cowlings fitted. 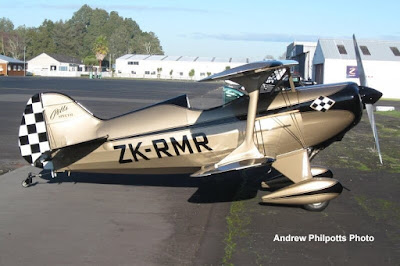 Robert told me that the Pitts was started by Andrew Philpotts but he took over the project and worked on it for around 8 years.