CLASS R 80 Bush Caddy (Only One) of New Zealand

The Bush Caddy was designed as a Canadian bush plane that can be operated on either wheels or floats (and in its most recent iteration it can be either a taildragger or a tri-gear and can be converted between both in a short time).  The aircraft was originally designed by Jean Eudes Poitvin of Quebec in 1994 and was produced by his company Club Aeronautique Incorporated (CADI).  In 1998 the rights to the design were purchased by Canadian Light Aircraft Sales and Service (CLASS), also in Quebec, who modified the name to Bush Caddy while the R 80 comes from Rotax 80 HP.  In 2011 the rights to the aircraft were purchased by Bushcaddy who have developed the aircraft into 5 models up to a four seater with a 1,200 pound payload.  The company is still in business and exhibited at Oshkosh 2019.

We have had only one R 80 Bush Caddy in New Zealand and because of its timing, I think it must be a CLASS Bush Caddy. 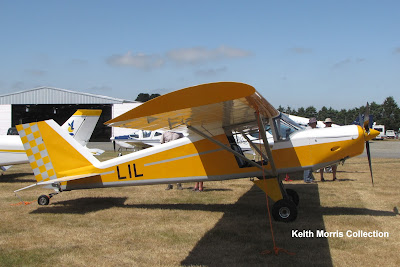 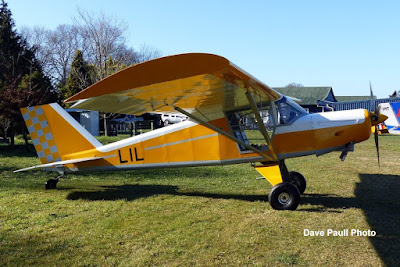 And here it is at Rangitata Island on 27/8/15, showing some of the construction technique.  Unsurprisingly, Graham has named his Bush Caddy "Lilly".