On the other side of the motorway from the AHRT base at Ardmore, the New Zealand Police now base their helicopter operations at the Advanced Flight heliport in Onehunga, having also withdrawn from Mechanics Bay. 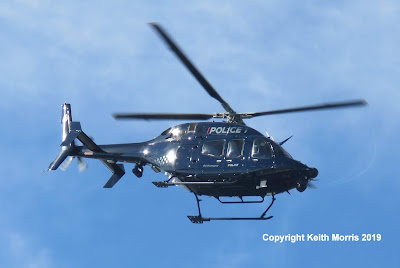 I was there just at the right time yesterday to catch the new Bell 429 Police 1 lifting off.

The new Eagle helicopter fleet consisting of three Bell 429s was unveiled on 12 July, being Police 1, Police 2 and Police 3.  They will provide 24/7 air services coverage for Auckland, and also be faster to attend other areas of New Zealand when required.