Following on from the recently posted photos of Hallett Griffin spraying in his Turbine Ag Cat ZK-WTA, I thought I would follow with a round up of his collection of historic agricultural aircraft that I caught up with on a trip through the Manawatu in July 2018. 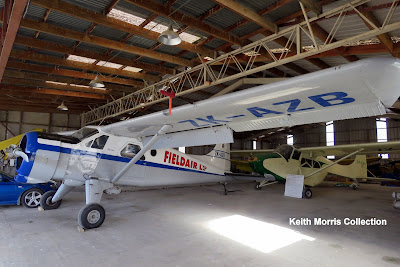 Probably the most historically significant aircraft (for New Zealand) is the DHC 2 Beaver ZK-AZB (c/n 156).  It was originally registered in New Zealand in December 1951.  It spent most of its agricultural life on the East Coast for East Coast Air Services and Fieldair before being exported to Australia as VH-WOZ, being cancelled from the NZ Civil Register on 16/1/98.  Hallett Griffen bought the aircraft back and it was re-registered on 13/9/10 to Griffin Ag Air of Palmerston North.  It really deserves a post of its own detailing its long history. 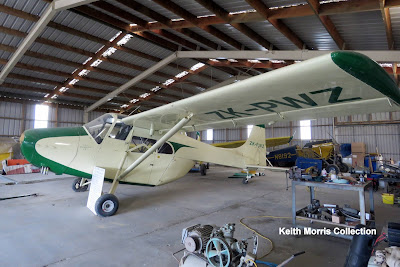 Percival EP 9 Prospector ZK-PWZ (c/n 46) is ex G-APWZ and was bought to New Zealand by Hallett Griffin in 2003, being first registered here on 17/10/03.  It is marked as a LAC (Lancashire Aircraft Company) EP 9.  The significance of this aircraft is that one of these aircraft flew as ZK-BDP for Manawatu Aerial Topdressing Ltd between November 1956 to February 1958.  The aircraft is configured as a 6 seater but it was used as a sprayer in England and Africa in the 1960s. 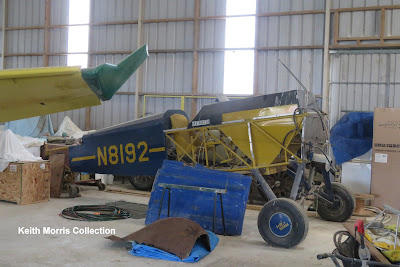 The oldest aircraft in Hallett's collection is this Travelair 4000 N8192 which was built in the US in 1929 as NC8192 and was flown by Mrs Mildred Morgan in the 1931 National Air Races and other US air races before being converted to a crop duster in 1936.  It ended it US ag career with Precissi Flying Service of Lodi, CA after 60 plus years as a crop duster, and was bought to New Zealand by Russ Ward in the early 2000s.  I am not sure if it ever flew in New Zealand but it was fully assembled at Mercer in 2004.  The aircraft still has Precissi Flying on the hub caps. 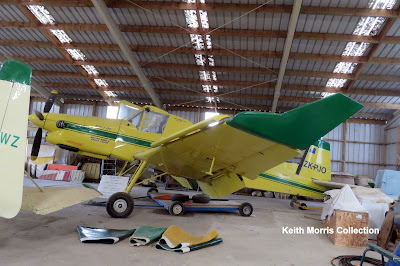 Zlin 37T ZK-PJO (c/n 004) is Walter Turbine powered and is still registered.  It is ex OK-PJO and was first registered in New Zealand to Kairanga Aviation Ltd on 6/5/04. 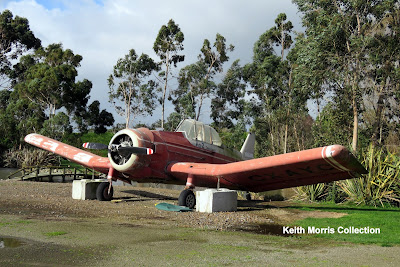 Transland Ag-2 CX-AYC was rescued by Hallett Griffin from Uruguay and arrived in New Zealand in April 2003.  This was the prototype of the 3 Tansland Ag-2s that were built and first flew from Torrance, CA in October 1956 as N8330H.  It was flown to Uruguay in 1962 where it was used for sugar fertilising. 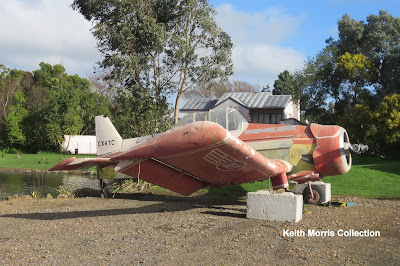 All of the above aircraft were photo'd at Hallett Griffin's base at Kairanga on 26/7/18, where he is extending his hangar to better display his ag aircraft collection.. 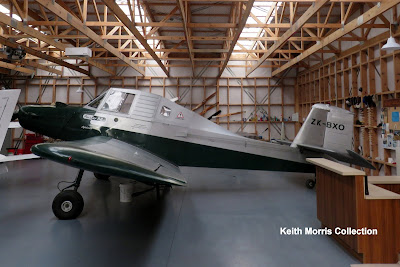 Over at Feilding was the Auster B 8 Agricola ZK-BXO (c/n AIRP.860).  This aircraft was built up by Airepair at Hastings mainly using parts from ZK-BMN which had crashed near Paraparaumu in March 1965.  It was first registered in July 1966 and worked for Associated Associated Farmer Aerial Topdressing Ltd based at Martinborough.  After it was  retired from aerial topdressing it was owned by John Stephenson of Whitianga until it was sold to the UK as G-CBOA.  It was cancelled from the New Zealand Register on 9/4/02.  Then in 2016 Hallett Griffin bought the aircraft back and returned it to New Zealand, where it resumed its old registration on 19/12/16.

New Zealand owes a big thank you to Hallett Griffin for assembling this great collection of ag aircraft.  Thanks Hallett.