On my way back from Dargaville late yesterday afternoon, I came across a slick helicopter topdressing operation just North of Ruawai. 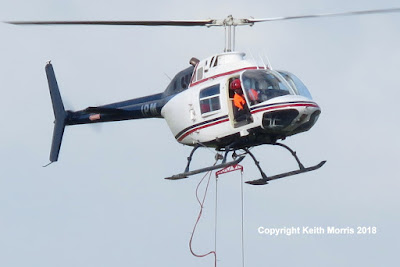 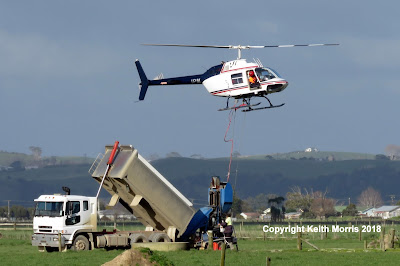 The helicopter was topdressing nearby fields so I could see the whole operation in front of me.  The hopper slung below the machine was reloaded about every three minutes with the helicopter hovering for around 30 seconds before flying off for the next spreading run.  It was a very compact operation. 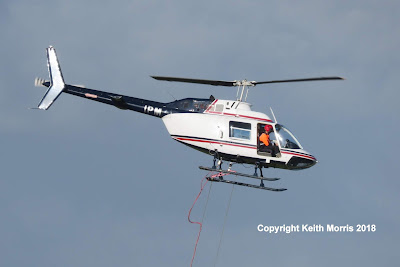 In this shot the tail is reflecting the low sun.  I wonder how the economics stack up versus fixed wing topdressing? (which I assume could also have had quite a quick turn around from the nearby Ruawai airstrip).  I do not know what they were spreading. 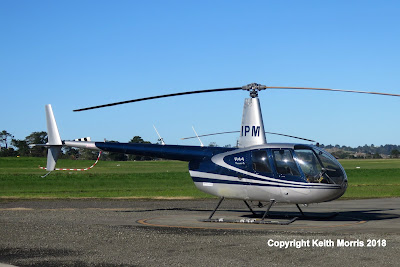 And surprisingly here is the previous ZK-IPM which is ZK-IPM2 , that I photo'd at North Shore only two and a half months ago!  It was re-registered as ZK-HKM5 on 18/7/18, but that is not all - it has previously been ZK-IAE and ZK-HCV3!  Is this a record for one helicopter to have four registrations in New Zealand?