As has been widely reported, three  Air New Zealand B 787 Dreamliners have been mothballed since late 2017 due to problems with their engines.  They were ZK-NZD2, ZK-NZE2 and ZK-NZH2. 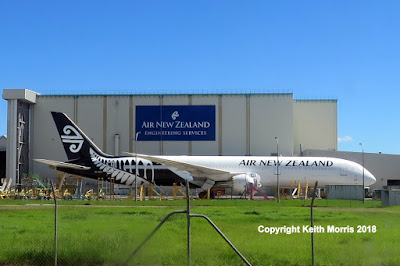 ZK-NZD2 has been test flown today with replacement engines and I understand that ZK-NZH2 will follow in the next few days.  Then ZK-NZE2 should be back in the air early next month.
Posted by Sir Minty at 17:50