PILATUS ANNOUNCE THE END OF AN ERA

The End of an Era:
Pilatus Discontinues Production of the Legendary Pilatus Porter PC-6.
It brought fame to the Pilatus name worldwide – the Pilatus Porter PC-6. This multi-role aircraft has been produced at Stans without interruption since 1959, currently in small numbers, i.e. ten machines per year at most. The PC-6 is one of the world's longest-running production stories in the aviation industry. That will come to an end in early 2019 when production will be ceased. Support will be provided to existing customers for the next 20 years at least, thereby ensuring reliable ongoing PC-6 operations.

Pilatus has produced a total of 500 PC-6s in Stans since 1959. Slightly fewer than 100 machines were additionally produced in the USA under licence. The PC-6 delivered an international breakthrough for Pilatus: its short takeoff and landing capabilities and general versatility earned it worldwide fame and a reputation as a robust “all-rounder”. Amongst its many achievements, the Pilatus Porter has flown several cargo and passenger trips at maximum useful load to an altitude of 5700 metres above sea level – a world record that has not been bettered even to this day!
Adjustment to our product portfolio
The Pilatus name stands for “high tech” and latest generation aircraft. In line with this philosophy, our products benefit from ongoing development to ensure they match the most recent standards. Due to the age of the PC-6 and other certification parameters, it is no longer possible to provide this ongoing development in the scope we would wish.
Also in connection with our PC-24 Super Versatile Jet, for which series production is currently gearing up in Stans, and which requires our full attention, we have decided that the PC-6 no longer fits our product portfolio, and that, after 60 years, it is now time to cease production. Employees previously engaged on the PC-6 production line will be assigned to assembly work on our other aircraft types.
Oscar J. Schwenk, Chairman of the Board of Directors of Pilatus, comments:
“I am proud that the PC-6 featured in the Pilatus product portfolio, this aircraft has earned us fame and recognition worldwide. But the time has now come to take a dispassionate look at the facts and admit that every product has a life cycle which must come to an end sooner or later. That moment has arrived for the PC-6. With an eye on the future, however, we now look forward to the imminent market launch of the PC-24 Super Versatile Jet, which embodies, and carries forward, all the original values of the PC-6.”
Last opportunity to order


Pilatus will accept orders for the PC-6 latest until mid of 2018. The number of aircraft available is limited. Existing customers may depend on at least 20 years of support and spare parts for the PC-6, ensuring reliable continuing operations well into the future, in line with the Pilatus motto, “Customer First”.

Below we have photos of three of our less well known Porters. 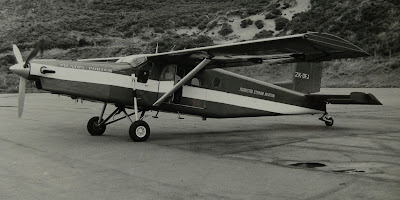 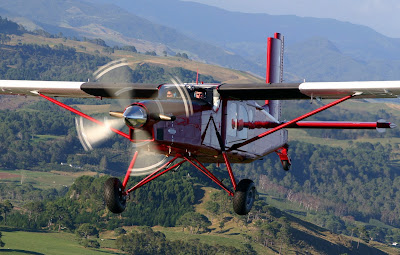