Lord Nelson was in Wellington today and managed to get a shot of the British Aerospace BAe Jetstream 32 ZK-LFT (c/n 977)  as registered to Air Freight NZ Ltd for operations under the Lifeflight banner on 05-09-2016.

Below is an extract from the NZ Aviation News Magazine at the time it was registered ;-
‘There has to be a better way’ - words from the late Peter Button as he assisted on the beachfront during the Wahine disaster in 1968.
There was - and Peter went on to create a helicopter rescue service with the help of Doctor Russell Worth. Sadly Peter was killed in 1987 doing what he had set out to do - Helping others.
Peter’s legacy has grown in to what today is ‘Lifeflight’ with both rotary and fixed wing aircraft based at Wellington Airport.
Lifeflight currently operate the Kawasaki BK117-B2 ZK-HLF2 and the BAe 32 Jetstream ZK-LFW and are now in the throes of introducing a second British Aerospace Jetstream aircraft as ZK-LFT2. This aircraft first flew under the manufacturers test registration of G-31-977 on 08-01-1993 before being allocated the F-OHFW marks. These however were not taken up and the aircraft became G-BUVD to British Aerospace PLC at Prestwick on 10-03-1993 for delivery on 02-04-1993 to Regional Airlines as F-GMVK.
In March 1998 it went under sub lease to the Compagnie Aeronautique Europeenne at Marseille. It returned to the UK, and took up its old G-BUVD marks with Air Kilroe Ltd who traded as Eastern Airways from Humberside International Airport from 30-01-2001. 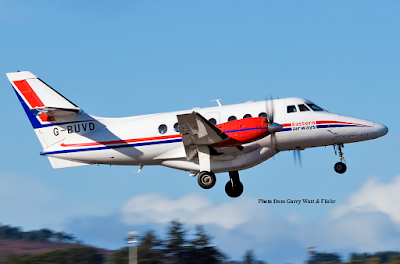 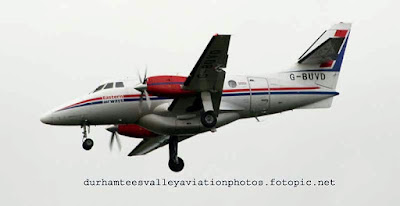 With its UK marks cancelled on 27-10-2008 it became SE-LXD the following day with Svenska Direktflyg AD at Vasteras. 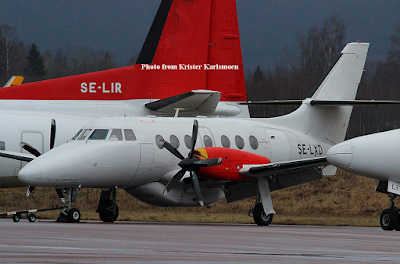 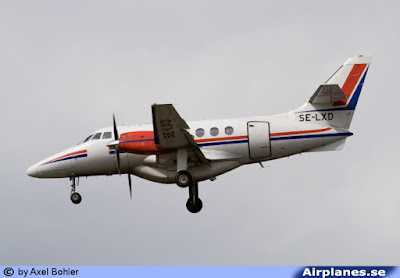 As such it ferried down from Bali to Darwin and Mount Isa on 30-08-2016; on to Gold Coast and Norfolk Island on the 31st and into Wellington on 01-09-2016 for listing with Air Freight NZ Ltd who hold the fixed wing contract for Lifeflight.

Below ZK-LTF at Wellington today from Lord Nelson.
It has five blade propellers. 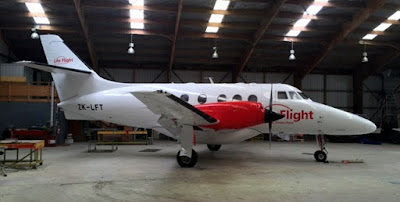 The first ZK-LFT was a Fairchild SA227-AC Metroliner which actually launched its NZ career in mid-September of 1997 as ZK-PAA with Airwork (NZ) Ltd and was operated as the Westpac Rescue aircraft. It was re-registered as ZK-LFT on 05-06-2001 and became ‘Lifeflight 1’. It was sold to Air Chathams last September and became a source of spares to help keep their Metros ZK-CIC and ZK-CID in the air.
Posted by Dave Paull at 17:02