At the end of the day I popped in to the airport at Tauranga and spied the Buzzard Airlines hangar open and the staff enjoying a quiet one as the sun went down.  They were happy for me to take a couple of photos.  Buzzard Airlines operates the tandem parachuting operation at Tauranga, and has a growing fleet: 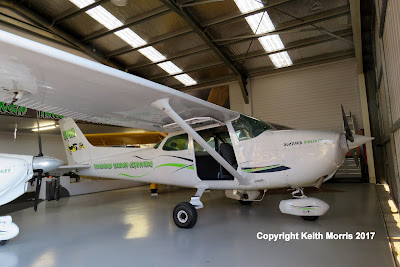 Cessna 172M Super Hawk ZK-DPM (c/n 17263202) is the jump ship.  The guys having a quiet one told me that a super hawk was just about a buzzard so maybe that is where the name comes from.  It was originally registered in August 1974 but crashed at lake Waikaremoana (where we were heading for) in February 1983 and was cancelled in April 1983.  However it wads rebuilt and re-registered in November 1974. 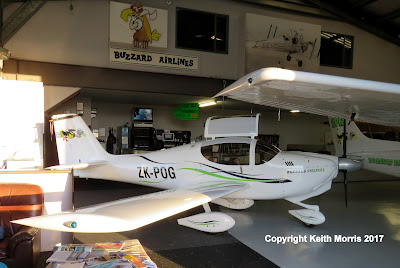 The company runabout is the Europa Tri Gear ZK-POG (c/n 584).  This was originally G-WEEM but did not fly in the UK, and was imported into New Zealand by Nigel Harrison and first registered here on 16/11/06, first flying on 1/1/07.  John Martin aka Buzzard Airlines has operated the aircraft since 1/10/12. 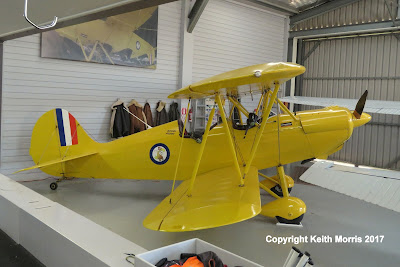 And also marked up as Buzzard Airlines (behind the rear cockpit) Hatz CB 2 biplane ZK-PEC (c/n 245) sports a buzzard in the roundel.