After Max Clear died in 2011, his company Micro Aviaition Ltd was put up for sale and in 2012 it was purchased by Colin and Maeva Smith of the Croydon Aircraft Company.  They formed Micro Aviation 2012 Ltd and all production jigs, stock and components were shifted from Te Kowhai to Mandeville.

ZK-NLD (c/n 08-0323) is a Max Clear airframe that had been first registered on 17/10/11 to Micro Aviation Ltd of Te Kowhai.  This is the last Bantam to be registered in New Zealand to date and is a 2008 airframe (although 31 Bantams and 3 Bathawks were manufactured after aiframe 08-323 and all were exported to Africa, mostly to South Africa - thanks to Ray Deerness for the info). 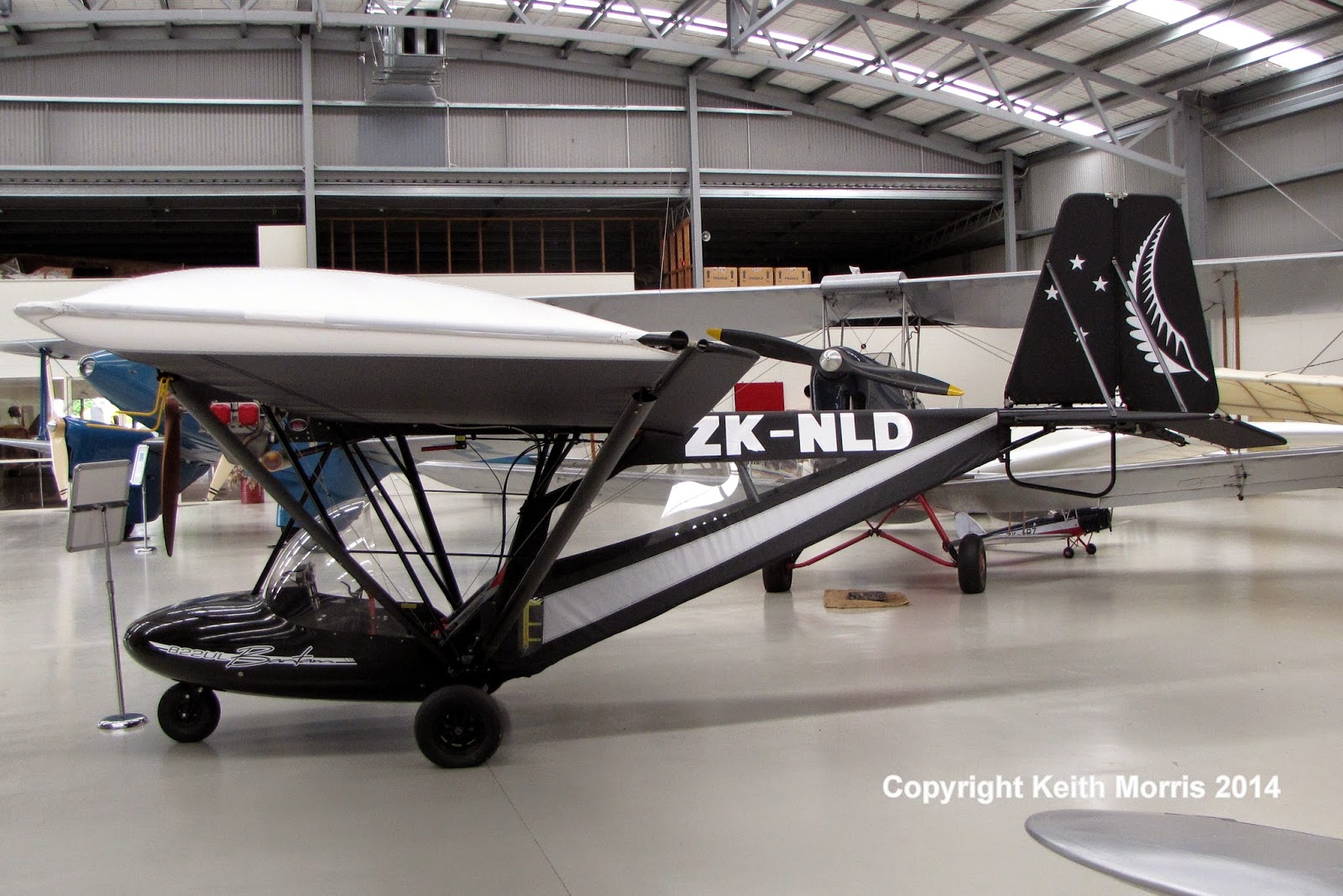 ZK-NLD is the first Bantam to be produced by Micro Aviation 2012 Ltd and ownership was transferred to them on 28/11/13.  According to their website it first flew at Mandeville on 2/2/13. 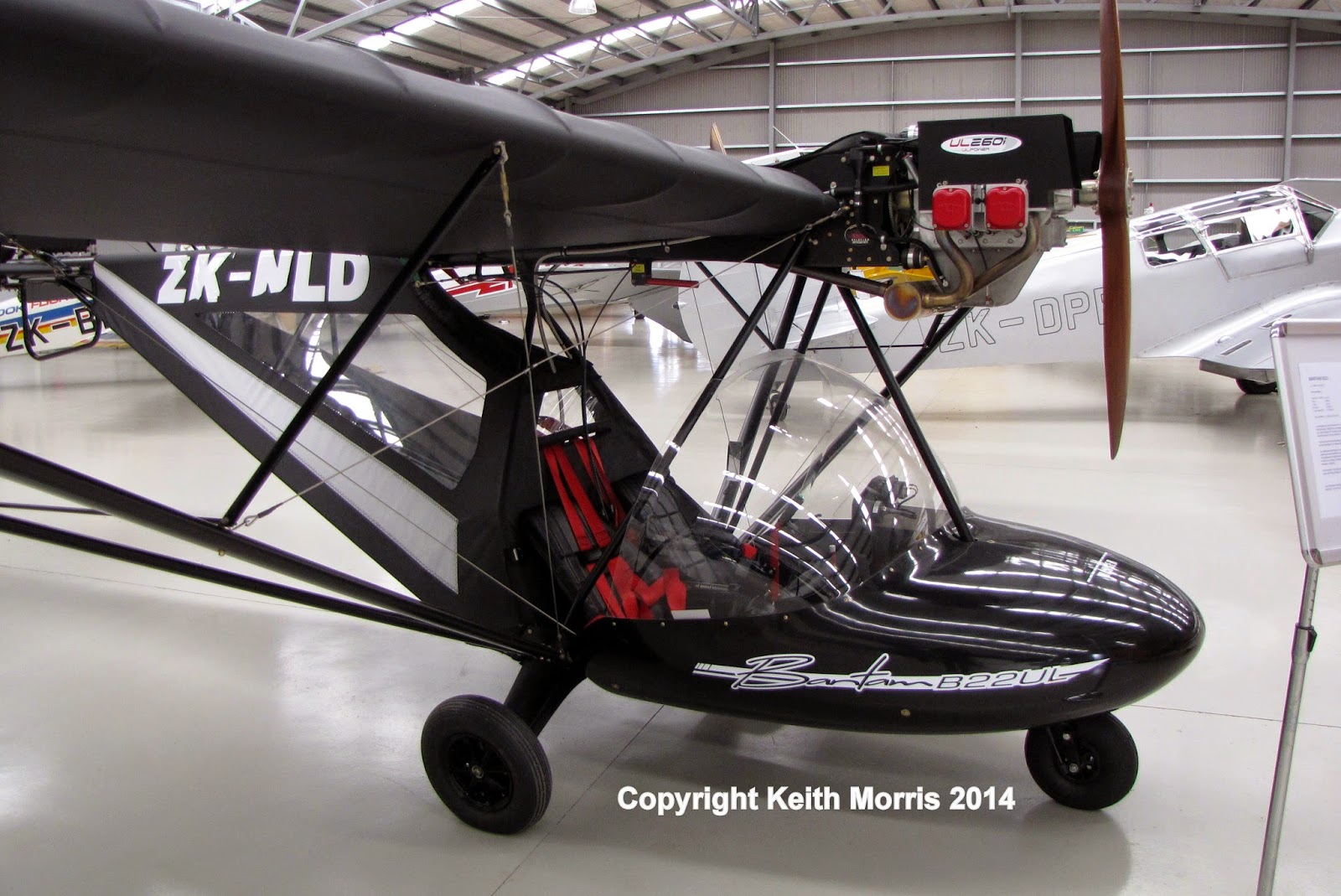 ZK-NLD is a Bantam B 22UL which is powered by a 4 stroke UL260i engine produced by ULPower Aero Engines in Belgium.  This engine produces around 97 HP at 3,300 rpm with a direct drive to the propellor, and I assume that this will be the standard engine for the Mandeville Bantams.

Bantam production is in progress at Mandeville and when I was there several airframes were at various stages of construction.