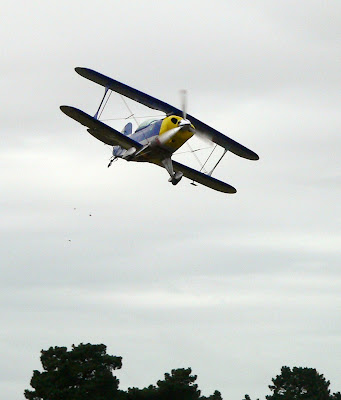 Pitts S-2B ZK-STX c/n 5090, seen above on short final to Rangiora on 01-04-2011 during an interesting to watch series of circuits by Kazu Iwamoto.
This Pitts has now moved down to Queenstown to fill the gap left by the departure of Jagair. It will be operating with the Wakatipu Aero Club under the AOC of the current owner Aerostunts.
This is not the first time this aircraft has been Queenstown based. As ZK-KHM it operated under the banners of Actionflite Ltd, Over The Top, and The Action Aerobatic Co Ltd from February of 2004 until being sold to Sam Stephenson of Christchurch in June of 2009. 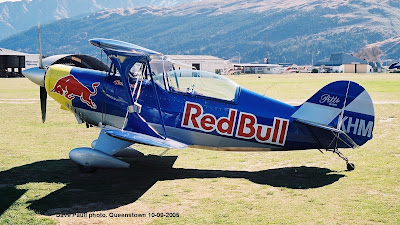 Above ZK-KHM at Queenstown with actionflite in October 2005.
Posted by Dave Paull at 19:38