The 2011 Recreational Aircraft of New Zealand (RAANZ) flyin was held at Hood Aerodrome at Masterton over the weekend of 11 - 13 March. Around 30 microlight and sport aircraft attended, and I guess a few more might have been kept away by the weather as the Tararuas were clagged in by low cloud as a front went through. However it was a successful flyin and a lot of aviation was committed. 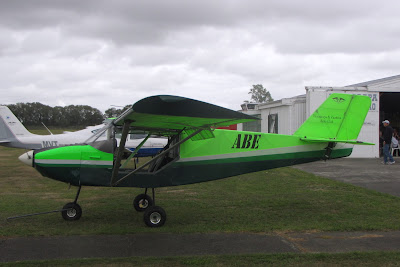 Two new aircraft were there, and coincidentally they were both green. The first, photo'd above was the local Wairarapa and Ruahine Aero Club's new Rans S-6ES Coyote ZK-ABE, which was first registered on 13/1/11. 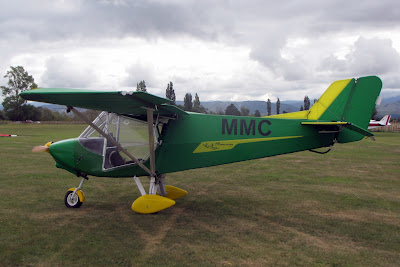 And the other new green aircraft was the Manawatu Microlight Club's X Air Hanuman ZK-MMC which was recently completed by the club, and registered to them on 6/8/10.