Another attraction of travelling to Masterton was that I hoped to see some of The Vintage Aviator aircraft flying, especially a SE 5A. I got all that I had hoped for as several of the aircraft were practicing formation flying for The Vintage Aviator Hood Aerodrome Open Day on 26 March, and also for the Classic Fighters Airshow at Omaka over Easter weekend. 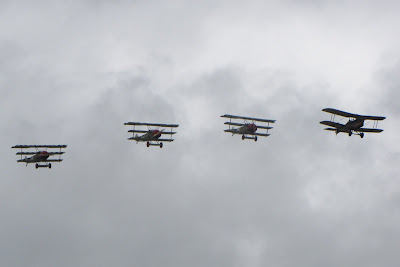 Here is one of the formations that were flying around for most of the afternoon. After each flight the pilots returned for a debriefing as none of the aircraft have radios so the formations must be controlled by hand signals. Surely this must be a unique sight worldwide. 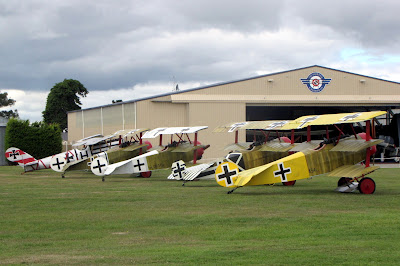 Out the front of the hangar, you could have been forgiven for thinking you were at a German WW 1 aerodrome, with this line up of 5 German fighters. From the nearest Fokker Triplane they are Triplanes ZK-FOT, ZK-JOG, ZK-FOC and ZK-JOK, and Pfalz D III ZK-FLZ. 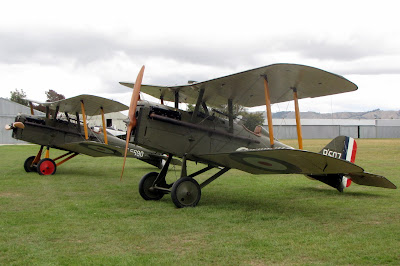 Except that out from the other side of the hangar were Vintage Aviator SE 5A replicas ZK-SES and ZK-SEV! 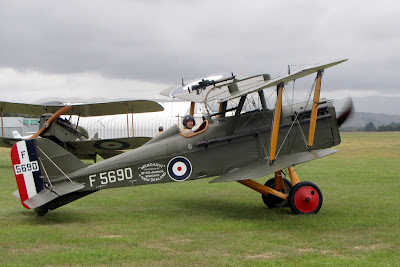 ZK-SEV was the SE 5A that was flying during the day. 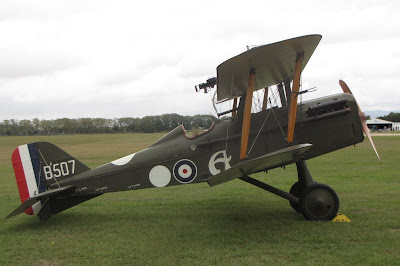 While ZK-SES was parked. The Vintage Aviator has 3 SE 5A's based at Hood Aerodrome (the other one in the hangar was ZK-SEO). They are amazing aircraft that are exact replicas of the original Royal Aircraft Factory aircraft down to the smallest detail including original Hispano-Suiza direct drive 180 HP engines.