Jordan Elvy visited Wanganui airport on Sunday and found a couple of interesting aircraft in the aero club hangar: 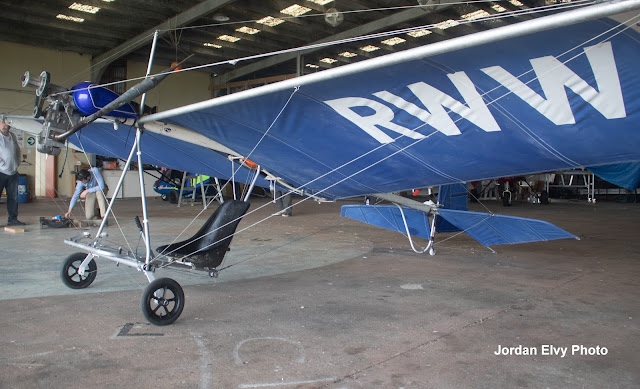 Jonathan Mauchline has recently been restoring this first generation microlight Skycraft Scout Mk III ZK-RWW (c/n HAR 1998), and as can be seen it is nearly ready for test flying. 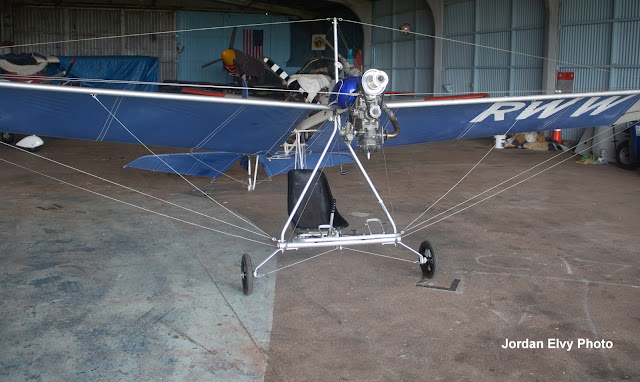 Actually it was re-registered by CAA today, 9/5/22, having been previously withdrawn from use at Wanganui in September 2001.  I like the motorcycle fuel tank! 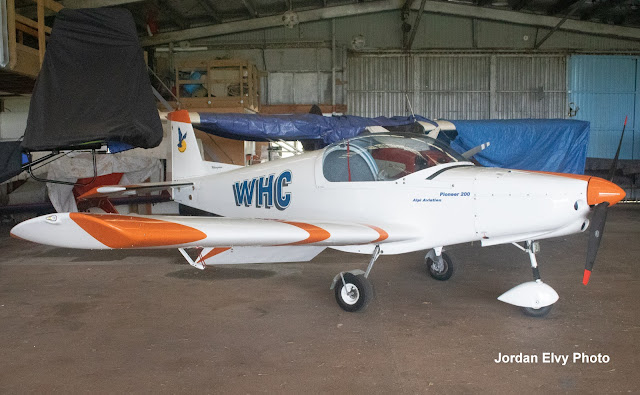 And another interesting aircraft in the hangar was the Alpi Pioneer 200 ZK-WHC which I haven't seen since early 2004.  After being owned in the Wairarapa for many years, ownership transferred to a Wanganui owner on 10/8/21 and now has Whanganui in small letters on the fin fillet.
Thanks for the photos Jordan.