Another Sunday and another AGM, this time the Northern Aviators Club Annual General Meeting preceded by a BBQ in the Rodney Aero Club hangar.  Several club members flew in including Malcolm Forsyth is his newly acquired Tecnam P 2008: 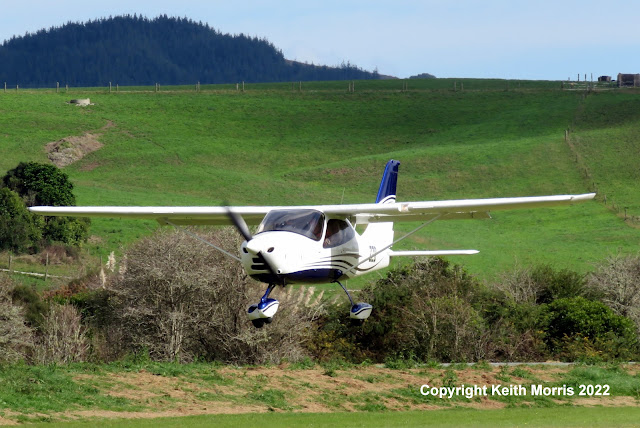 As he approached for a landing I thought the P 2008 looked smart through my viewfinder, 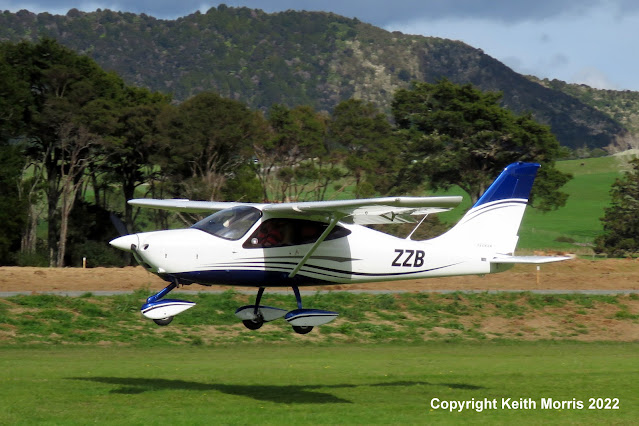 and then I twigged that ZK-ZZB had had a repaint in a nice blue colour trim (it used to be grey) with new fuselage stripes. It has been registered to Malcolm since 30/3/22 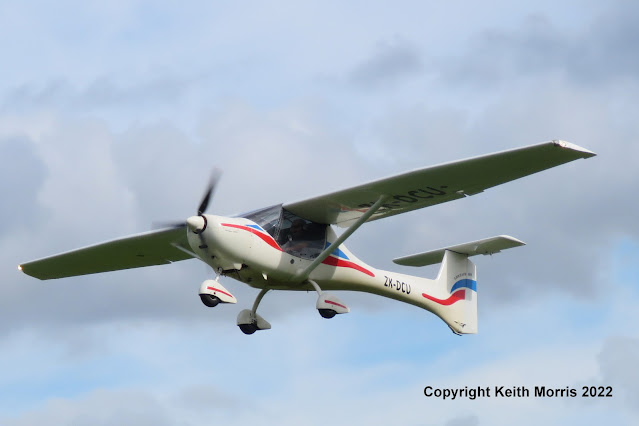 And NAC member Neil Wright took off for a local flight in his newly acquired Fantasy Air Allegro ZK-DCU.  Neil has owned the Allegro since 26/2/22.