I called in a couple of times to Te Kowhai on my way South and North.  It is always a welcoming coffee stop, and I met up with Peter Lourie who is the Airfield Manager there.  He kindly opened a couple of hangar doors for me to photograph a few local microlights. 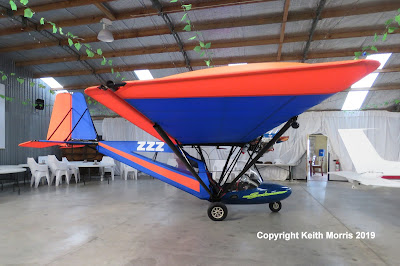 This Jabiru powered Bantam B 22J (c/n 06-302) ZK-ZZZ2 is about as far as you can go in the New Zealand civil aircraft register. and has not been posted on the blog previously.  I found it sleeping in the hangar that is now used for social events.  It is owned by NZTE Operations Ltd who I think are the operators of Te Kowhai. 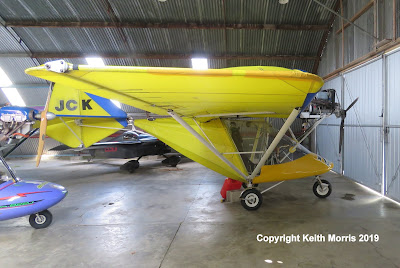 While over in the Waikato Microlight Club hangar, their Rand Kar Xair ZK-JCK2 (c/n 751) was parked at the front. 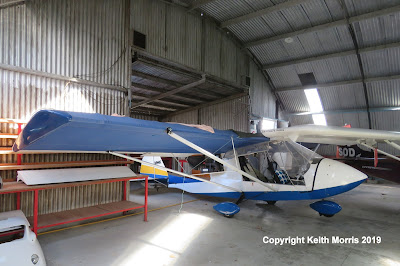 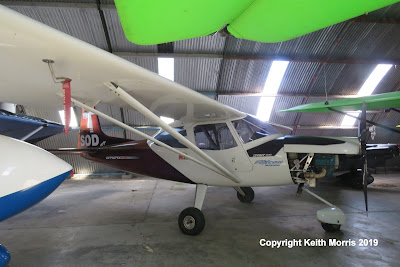 Rather jammed in was the locally owned Foxcon Terrier 200 ZK-SOD(off).  I post this photo because it shows off the brown aspect of its colour scheme instead of the blue colour I have posted previously (See https://nzcivair.blogspot.com/2017/03/foxcon-terriers-of-new-zealand.html ). 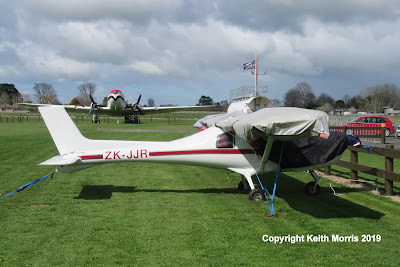 And finally, parked outside on Thursday was the Jabiru SP ZK-JJR.  It is registered to a Paraparaumu owner but I understand that it may have been bought by a new owner.

In the background you can see the historic James Aviation DC 3 topdresser ex ZK-AZL, that now has steps up to the open door so you can walk inside.