Two new air ambulance helicopters are being launched for South Island service today, the first time these highly-specified helicopters have been used in New Zealand for emergency medicine purposes.

New Zealand’s Health Minister Hon Dr David Clark unveiled the new Airbus H145 twin-engine helicopters in Christchurch this afternoon. The state-of-the-art aircraft, worth NZD 15 million each, were delivered from Airbus in Germany and will start service tomorrow (14 August) with one based in Christchurch and the other in Dunedin.

HEMS Chief Executive, Ken Franklin says the helicopters set a new benchmark for New Zealand’s air ambulance services. “We have highly skilled pilots and specially trained clinical crews in helicopters carrying the latest aviation and medical technology. These specially equipped aircraft will give clinical staff more room to provide vital patient care with the latest life-saving equipment. New technology on these aircraft combined with exclusive-use air routes will also enable missions to be flown safely in conditions that previously restricted the use of helicopters,” he says.

While these helicopters will operate from Christchurch and Dunedin, the service will be supported with BK 117 aircraft and dedicated crew in bases at Nelson, Greymouth and Queenstown, with an at-call service available from Te Anau.

“HEMS, supported by existing charitable trusts and funds raised by communities throughout the south, is proud to be bringing such a significant advance to the provision of air ambulance services in New Zealand,” Mr Franklin says.

Ministry of Health Group Manager for Community and Ambulance Services, Andrew Inder says the National Ambulance Sector Office (NASO), on behalf of the Ministry of Health and ACC, aims to build a national integrated network of air ambulance services with dedicated crews available round the clock in fit-for-purpose helicopters.

“The aspiration is to bring an equity of access to emergency ambulance services for all communities, and to improve outcomes for patients. HEMS’ commissioning of these aircraft is a significant step toward that goal,” Mr Inder says.

Before the unveiling event today, each helicopter was blessed by local iwi, Ngāi Tahu.

·         In the rear of the aircraft the design allows fitout with the latest clinical life-support systems and more useable space for clinicians to attend to patients’ needs.

·         The balance of the HEMS fleet comprises BK117 aircraft, many of which have been retrofitted to carry technology similar to that provided in the Airbus H145s. 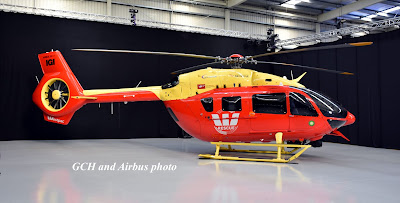 ·         The new GCH base at Christchurch Airport is the largest general aviation facility in Australasia. The 9,000 sq m building sits on 22,000 sq m land with dedicated runway access.

·         It is equipped with a full St. John’s mass casualty incident kit, ready to be deployed anywhere in the South Island.

·         It houses the South Island's sole fully integrated purpose-built emergency medical air ambulance facility. The building is equipped with a state-of-the-art patient care facility which allows full patient privacy, double ambulance bay and patient family waiting room.  It has its own dedicated engineering hangar with a maintenance team on call around the clock.

·         Pilots and medics now have purpose-built rest areas allowing them to be on site 24 hours a day, seven days a week and speciality areas for storage of rescue equipment.

·         Once the new helipad on the rooftop of Christchurch Hospital’s Hagley building is open, patients will be able to be airlifted to hospital directly, saving 13 minutes off the time it now takes to transfer patients via Hagley Park. 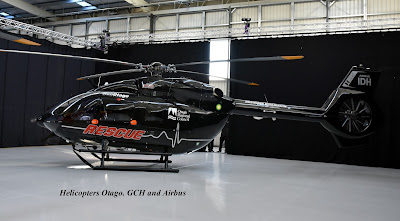 ·         Operators of the Otago Regional Rescue helicopter for the last 24 years.  Responsible for establishing heli-pad on roof of Dunedin Hospital.

·         Air ambulance coverage from Waitaki south, including all coastal and marine territories.

·         Recently opened a base in Queenstown with fully dedicated rescue helicopter ensuring swift response to major trauma and injury in the Southland, South Westland and Lakes District areas.

·         Four fully dedicated and fully crewed rescue helicopters able to respond 24 hours per day, seven days per week.  Three are based in Dunedin and one in Queenstown with an additional backup helicopter when required. All are IFR-capable.

·         Purpose-built rescue facilities for housing of the dedicated helicopters. Incorporates facilities for training, equipment storage and conference room.  Allows for onsite management and resourcing of the rescue team. 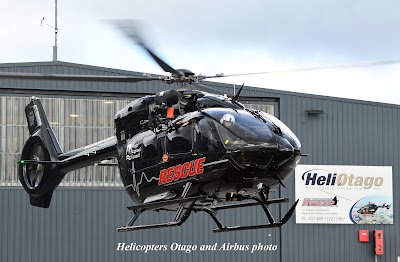 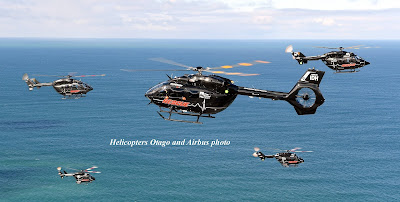 About Airbus H145 helicopters
·         The H145 is tailored for primary and secondary missions and intensive care transport – benefitting from the easy and safe loading and unloading of patients through wide side sliding doors and large rear clamshell doors.

·         Its spacious, unobstructed cabin was specifically designed to meet the requirements set by national medical regulatory agencies. The cabin accommodates one or two wheeled stretchers with partial or full suites of medical equipment for operation by three to five medical personnel.

·         The H145 benefits from multiple Emergency Medical Service (EMS) cabin interiors, which were designed in cooperation with leading EMS providers.

·         The H145 has a class leading range and payload capacity, a large and uninterrupted cabin area, minimal vibration and noise emissions, and measures to simplify maintenance and minimise operational costs.