The reason I did a quick trip to Stratford was that the weather forecast looked really good, and the aerodrome surface was great to fly off (given it is still winter).  The plan worked well but after pulling my D9 out of the aero club hangar (it was number 4 in), and topping up with Avgas, the weather wasn't really playing ball with quite a strong South-Westerly (cross wind for both runways 09/27 and 16/34), instead of the forecast light Westerly breeze.

Then with all the best intentions we flooded the carb which resulted in non starting in spite of lots of trying including squirting into the carb throat with a can of magic start.  However when Wayne Richmond turned up he sorted us out by taking the top off the carb and partly draining the bowl and re-assembling, whereupon the VW burst into life after about four swings, and we were able to run it on the ground for half an hour (we are still running the engine in after new rings and bearings).  Thanks very much to Wayne and Nick Furmage for their help.

Then late in the afternoon the wind dropped so it was time to go flying!  Thanks also to Nick for recording and videoing proceedings. 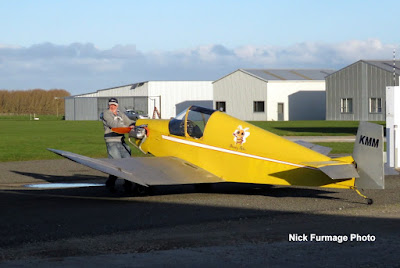 Pulling ZK-KMM out onto the grass in the late sun. 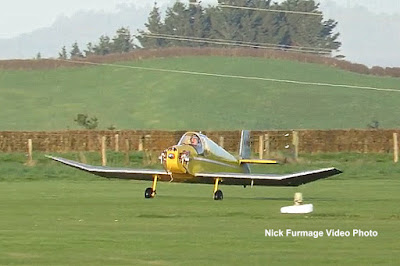 Take off into a VERY low sun! 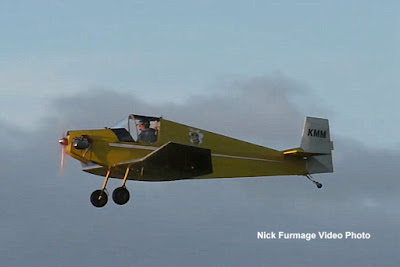 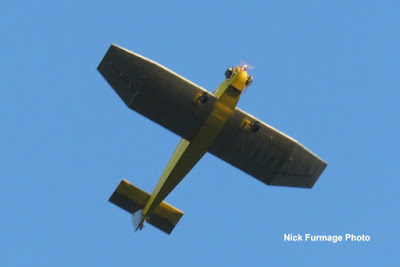 and overhead before a landing around 5.30pm.

I was very chuffed!