While overseas I was sad to hear that Robbie Gentry had died, and I could not attend his funeral.

Robbie was a foundation member of the Amateur Aircraft Constructors Association (AACA), and had the honour of being allocated the first AACA constructors number of 10 (the numbering started at ten to recognise New Zealand's earlier homebuilders).  He was the first AACA secretary and magazine editor and over the years he was a prolific homebuilt aircraft builder.

Robbie was my first AACA stage inspector when I started building my Jodel D 9 in Wellington in 1973, and even then he had a refreshing approach that was almost experimental.  He looked me over and said:  "you're a fairly tall guy so we should raise the turtledeck 4 inches so your head doesn't stick out, then because the D 9's cockpit is a bit cramped we will make it 2 inches wider and 2 inches deeper, and because of the raised turtledeck we will raise the rudder by 6 inches".  I did all that and then had a visit from Robbie who said: "quick, David Rendall (of CAD) is retiring.  Draw up all those mods and get them into him".  And so I did and they were officially approved!  I reckon that makes ZK-KMM a Jodel D 9 and a half.  I know Robbie also mentored many other homebuilders over the years (have a look at the tail of Dave King's Minicab ZK-DRK and compare it to Robbie's D 11 ZK-DGA), and he leaves a lasting legacy in New Zealand's homebuilt aircraft movement 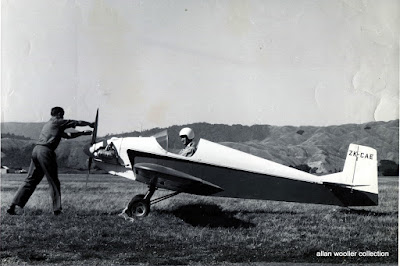 Robbie in his Turbulent ZK-CAE at the first AACA gathering at Paraparaumu in 1965.

I reckon Robbie built or rebuilt 8 aircraft over the years, all in wood, as detailed below: 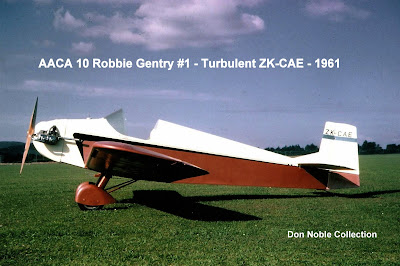 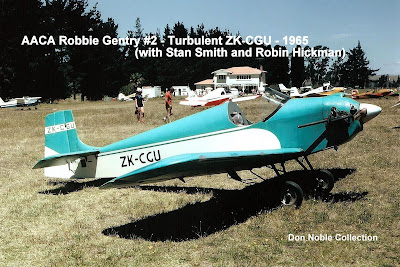 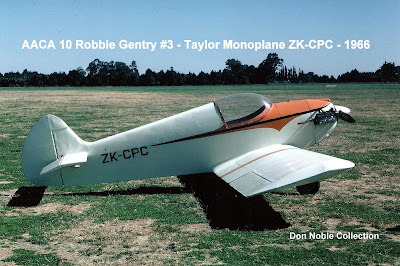 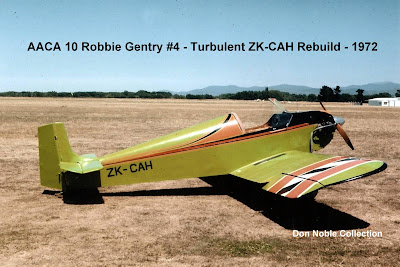 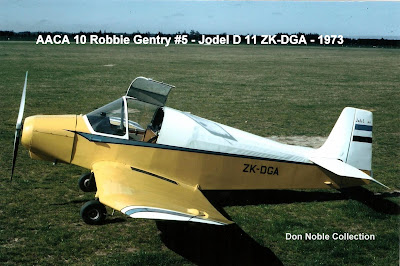 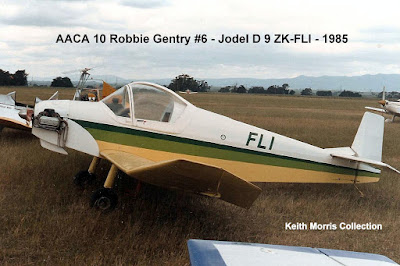 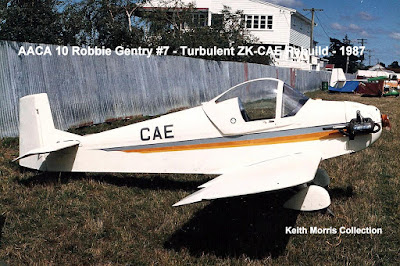 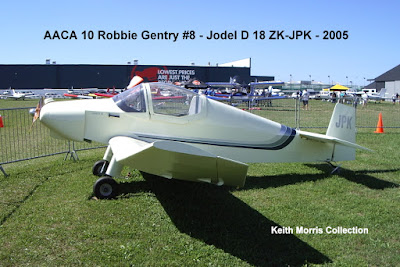 And he was still working on another Turbulent which he had nearly completed at the time of his passing!


Our condolences to Robbie's family.