On the 24th Magnaman visited Glenorchy and found the McDonnell Douglas MD500N NOTAR ZK-IJW (c/n LN016) at work.
IJW is registered to Action Helicopters Ltd of Upper Moutere and wears a small sign advising that it is operated by Action Helicopters but proudly displays a larger Heliglenorchy sign on the fuselage and their WWW address along the tail boom.
Now where does Hidden Lakes (2008) fit into all this ? 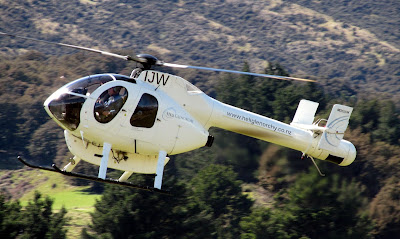 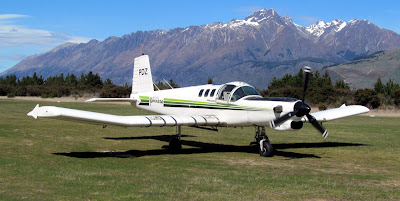 Something different was the Cessna 680 Sovereign VH-EXG (c/n 680-0072) as registered to Melbourne Air Holdings Pty Ltd and operated by Executive Airlines Pty Ltd of Essendon. 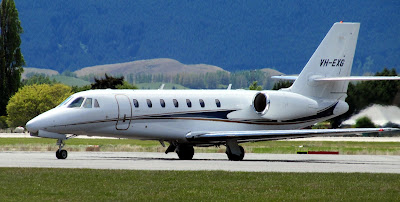 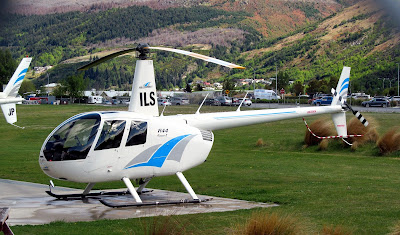 The Glenorchy Air Services and Tourist Co Ltd Gippsland GA8 Airvan ZK-LOR [for Lord of the Rings] is c/n GA8-03-034 and took up duties at Queenstown in September 2003.