The Zenith CH 701 was designed by Canadian Chris Hientz as a STOL bushplane featuring a deep chord high wing with fixed slats, full span flaperons, an inverted airfoil elevator and an all flying rudder.  It is constructed from aluminium with blind rivets and has been a much copied design across the world.  The prototype first flew in 1986 and kits are still in production.

The CH 701 is produced in kit form by Zenair in Ontario, Canada and by the Zenith Aircraft Company in Missouri, USA.  In 1992, Zenair entered into a licensing agreement with CZAW in the Czech Republic to build CH 701s (and CH 601s), and around 750 aircraft were built in the CZAW factory up to 1996 when the license agreement was terminated. 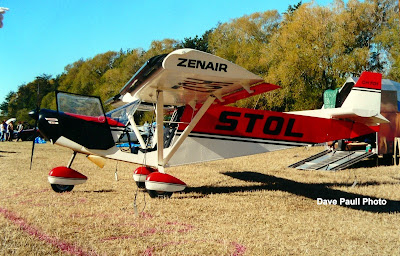 ZK-ZCH (c/n 7-1774) was registered to Graham N Farrell of Blenhiem and was first registered on 22/3/95, making it our first CH 701.  According to the nose, it was powered by a Rotax 618 engine.  I was unaware of this aircraft until researching this series, and it was from the microlight movement.  The above photo was taken at a flyin at Waitohi on 15/4/01.  Can anyone add to its subsequent history? 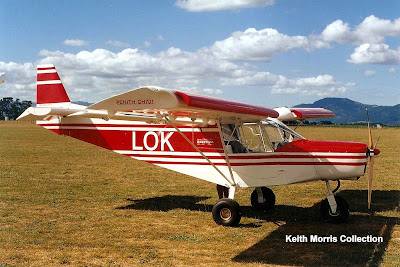 I had thought our first CH 701 was ZK-LOK (c/n 73538) which was built by the Kanair Partnership at Hokitika and was registered to the Niol and Ursula Lockington Trusts of Auckland on 27/1/98.  It is photo'd above at the 1998 SAANZ flyin at Matamata.  It is named "Spirit of Blazing Arrow" (the original Blazing Arrow was Avro 504K G-NZAO of Arrow Aviation in the early 1920s).  It has a Rotax 912 engine and has not changed much at all during its life in Auckland. 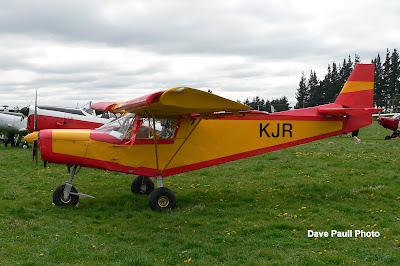 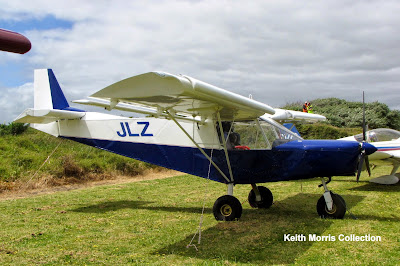 ZK-JLZ (c/n 4093) was built by John R Morrison of Waihi and was first registered to him on 21/11/00.  Its first flight was on in the hands of Phil Hooker.  It has a Rotax 912 engine with a wWarp Drive 3 bladed propellor.  On 25/5/02 ownership changed to PG and M Miller of Waiuku under whose ownership it is photo'd at the 2009 Black Sands flyin at Raglan.  Finally on 18/6/12 it was sold to GC Jackson of New Plymouth.  It is currently based at Stratford.