I had the good fortune to attend a reunion in Wellington this weekend. 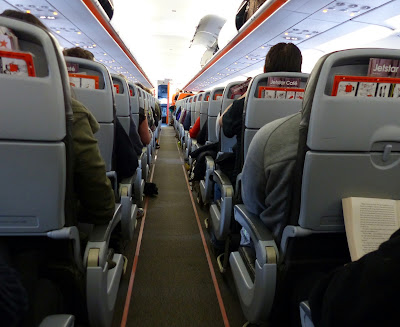 After a nice smooth and quick trip via 'cattle class' into Wellington I managed a lift over to Masterton to capture the following :- 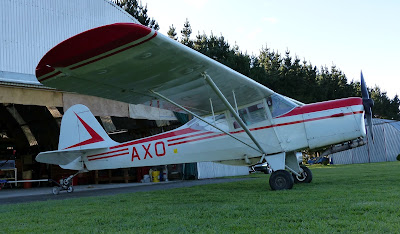 Auster ZK-AXO (c/n 2637) was seen for the first time for many years. It was parked outside its whilst owner Ian Davies swept the hangar floor.
First registered in the UK as G-AJUZ on 05-09-1949 it came to NZ to become ZK-AXO on 03-05-1951 with the Otago Aero Club.
It was converted to J1B status in about 1953 and sold to John Sinclair of Balclutha in May of 1960. Ran Sinclair of Light Aircraft Ltd took it on and flicked it on to Jock Montgomery of Cheviot who in turn sold it to Harry Sowerby of Temuka. It then migrated back to Balclutha for a while before returning to Cheviot bfollowed by a move on to RM  Browning of Masterton from March of 1982. Ian Davies purchased it a few months later and has owned it since. 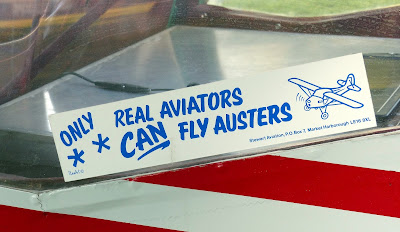 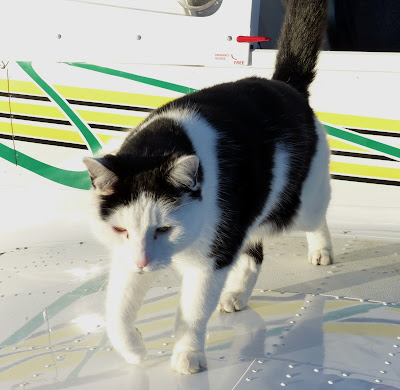 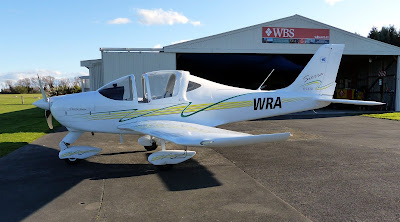 As WRA returned Bevan Dewes took off in his De Havilland DHC-1 Chipmunk N861WP to give the crowd (of two) a lovely handling demo over the airfield.
See recent post at http://nzcivair.blogspot.co.nz/2015/05/chipmunk-n861wp.html 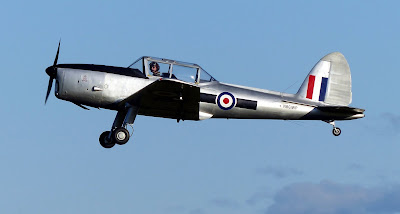 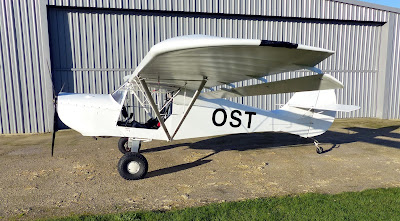 Just back from using up a bit of sky was the Avid Heavy Hauler UL ZK-OST (c/n 1543-E) as listed to Robert Payne of Te Awamutu.

Post  reunion and awaiting a lift back to Quake City the Airbus A320 VH-VGY (c/n 4177) departed with its own rainbow. This aircraft is operated by Jetstar on lease from ARCU Aircraft Leasing Ltd in the Cayman Islands . (I thought you would like to know this last little snippet).
Posted by Dave Paull at 20:04