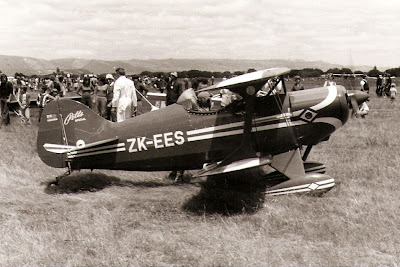 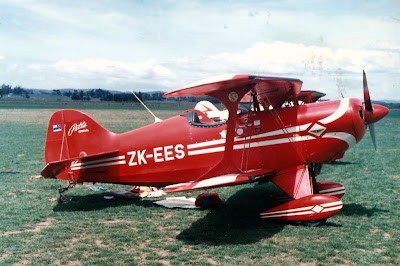 It was sold to an Auckland syndicate of Owen Harnish, S P Taylor, Richard Hood and M Waring on 11/5/83. It is is photo'd here at the 1989 National Aerobatic Championships at Waipukurau. It was rebuilt in 1994 with a 180 HP engine, and I guess it was rebuilt with 4 ailerons as photo'd below. 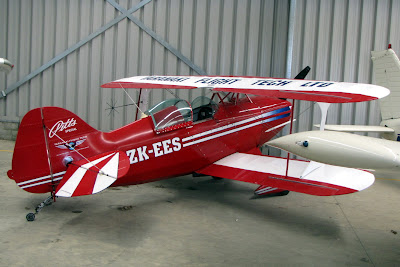 Finally it was sold to Darrell Brown of New Plymouth on 5/2/06, and it now operates with Taranaki Flight Tech Ltd markings. It is photo'd here at the 2011 Brian Langley Memorial aerobatic competition at North Shore Airfield on 15/1/11. 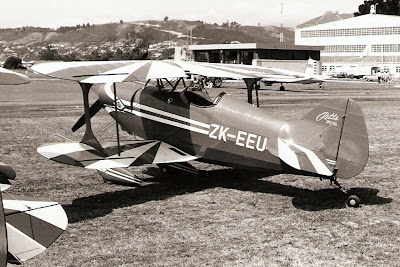 Our fourth Pitts was ZK-EEU (c/n AACA/24/1) which was built by Keith Trillo of Auckland and was first registered on 2/10/75. Its first flight was in January 1978. It is photo'd here at the 1978 AACA flyin at Nelson. I do not have a record of who took this photo but it clearly shows that it has 4 ailerons so it is probably a S 1D model. 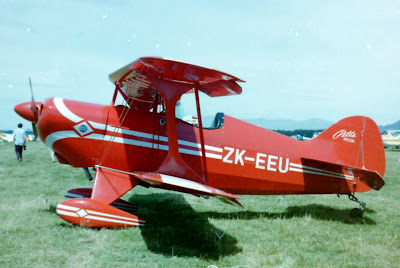 ZK-EEU spent nearly all its life owned by Keith Trillo. It is photo'd here at the 1981 AACA flyin at Mt Hutt. It was sold to the Southern Pitts Syndicate at Mandeville and is currently on rebuild. 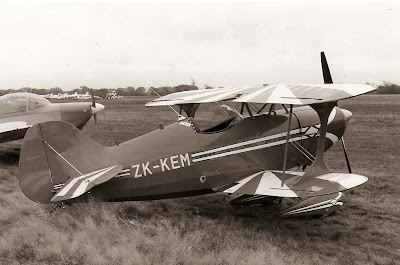 And our fifth Pitts S1 was ZK-KEM (c/n AACA/404) which was built by Kurt Maluschnig of Levin. I do not have a record of who took this photo, or where, but it shows it to be a S 1D model with 4 ailerons. 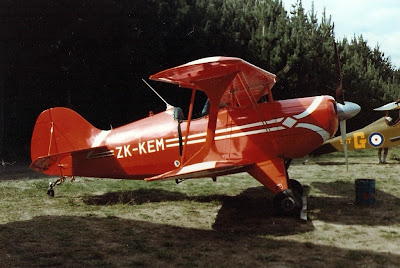 It is photo'd here at its Foxpine base in late 1980 where it now sports a white flash at the junction of the fuselage and rudder. I think this was to hide a repair when the aircraft possibly overturned early on in its life. Kurt sold ZK-KEM to Ray Patchett and Rex Handley of Blenhiem on 9/10/85, then it was sold to the Ashburton Aerobatic Syndicate on 13/8/86, but it didn't last long with them as it was damaged at Ashburton on 27/1/87. 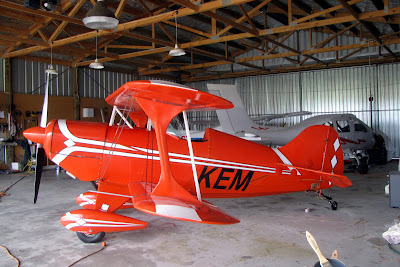 The damaged aircraft was sold to Anthony Stuart Clarke of Torbay, North Shore on 27/1/88 and it was cancelled on 1/2/99. However it was re-registered by Mr Clarke, now of Warkworth, on 6/8/04 and it was based at North Shore Airfield. Finally it was sold to Neil Jepsen of Palmerston North on 4/4/09. It is based at Feilding Aerodrome where I photo'd it on 1/1/11.