The Pitts Special was designed by Curtis Pitts during 1943-44 and first flew in September 1944. It is widely accepted that the Pitts Special was the standard by which all other aerobatic aircraft were judged, and it reigned supreme until purpose-built monoplanes appeared on the aerobatic scene.

Limited numbers of aircraft were produced during the late 1940's and 1950's. Plans went on sale in 1962 and many homebuilt aircraft followed, including 8 homegrown S 1's in New Zealand (to date). 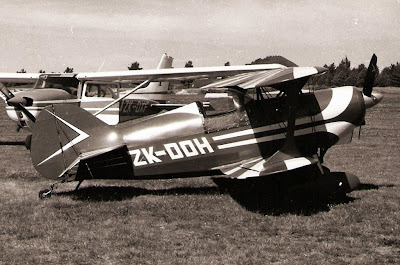 New Zealand's first Pitts Special was ZK-DOH (c/n AACA/121) which was started in Hamilton (Hamilton was a hotbed of early Pitts Special activity), but was completed by Chris Pask of Hastings. It was a S 1C model with ailerons only on the bottom wings. It was first registered on 11/1/76 and it is photo'd here at the 1976 AACA flyin at Kaikohe. I remember my first sight of it when it took off obscured by other aircraft and rocketed into the sky! (This was in the time of Turbulents and Jodels). One neat touch added by Chris Pask was the embossed leather patches on either side of the cockpit. 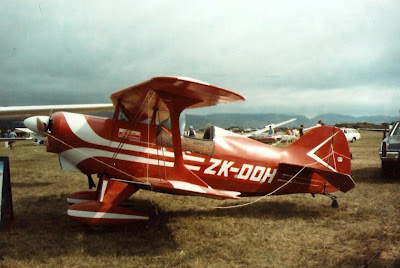 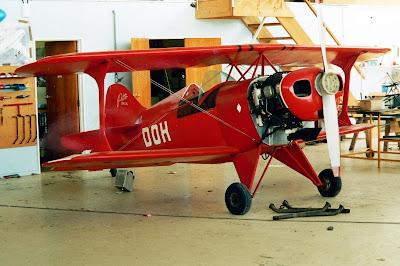 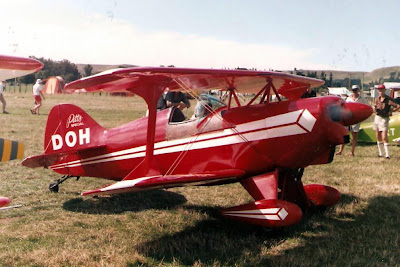 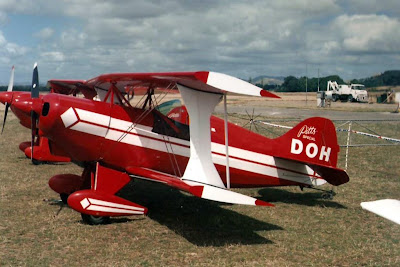 Moss Smith was a very keen aerobatic pilot and he rebuilt ZK-DOH as a S 1F model with the Falcon wing conversion as photo'd here at the NZ Aerobatic Championships at Waipukurau in 1991. 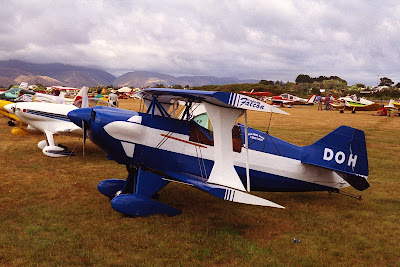 Moss Smith upgraded and repainted ZK-DOH to this blue colour scheme, as photo'd by Blue Bus at the 1994 AACA flyin at Paraparaumu. 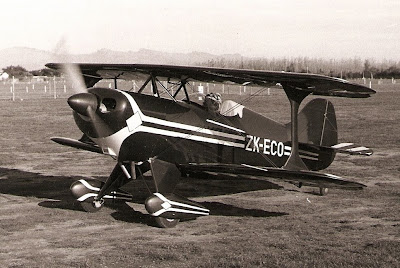 Our second Pitts Special has an interesting story. ZK-ECO (AACA/337/1)was commissioned by Tim Wallis and was mostly built by Bob Goding at Hamilton, and it was registered to him on 20/11/75. It was completed by Drake Aviation and was first flown on 1/5/83 by Keith Trillo (who had also built a Pitts). It was an S 1E model with the 4 ailerons. I do not have a record of who took the above photo or where it was taken (later advice that the photo was taken by Greybeard), but it must have been early on in its life as it does not have the Pitts Special logo on the tail. 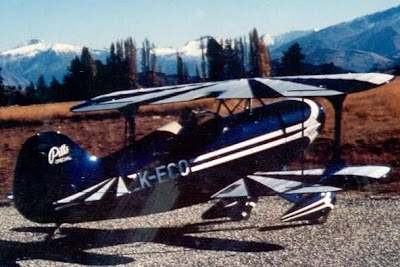 Sadly it only flew a very few hours before being involved in a fatal accident on 24/5/85 while undertaking low level aerobatics at Beacon Point near Wanaka, killing its pilot (see comments below). The wreckage was returned to Hamilton and it was cancelled on 30/3/88. Thanks to Bob Goding for this photo (after a lot of tracking down). 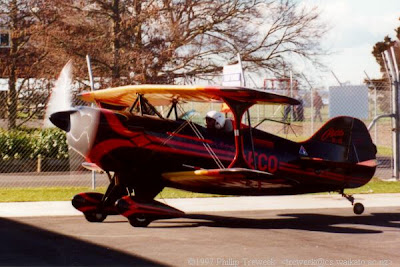 But this was not the end of ZK-ECO! It reappeared again at Hamilton with a new constructors number (AACA/1061) after having been rebuilt by E C Roberts, and it was re-registered on 19/2/90. It was finally cancelled from the New Zealand register on 26/4/04 when it was sold to the UK as G-CCXK, where it is still current and painted in the same colours. Thanks to Philip Treweek for the above photo which was taken at Rukuhia on 24/8/97.