A couple of Robbie 44's from Friday. 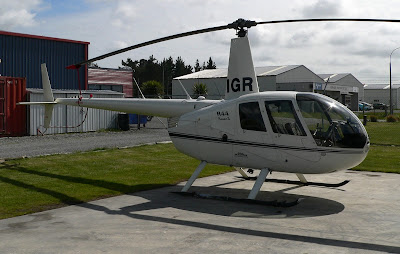 Two Robinson R44's captured on film at Heli Maintenance in Christchurch on Friday 28-10-2011.
Above is Raven 11 ZK-IGR (c/n 12262) listed with Helicopters South Canterbury since new from Skysales back in 2008. It carries the following script on the lower fuselage side. 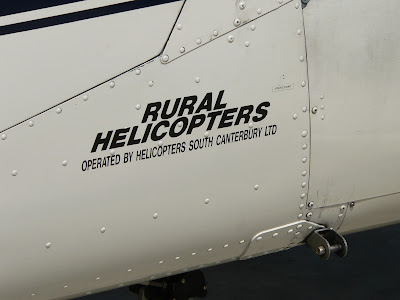 Below is the Raven 11 ZK-ITZ (c/n 10827) of Helicontrax Ltd still wearing the "Jo Seager" scripts.
Notice also how the "Helicontrax" address is inside the lower front screen so that it appears in your photos taken from the front seat. 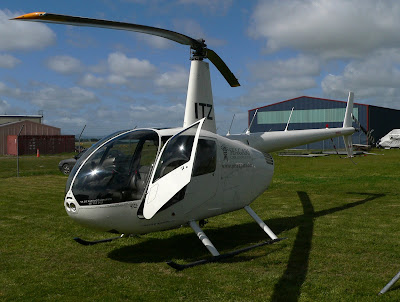 I have a feeling in my bones that this airframe is about to head off to the "Islands" to replace a recently bent example. Ben Walker has already another R44 on hand, having acquired ZK-HYF at the end of June.
Posted by Dave Paull at 22:26