There are several models of Stolp biplanes (and one parasol wing), of which we have had 2 examples in New Zealand. They were designed by Louis Stolp and George Adams, and all feature a distinctive turtle deck shape. 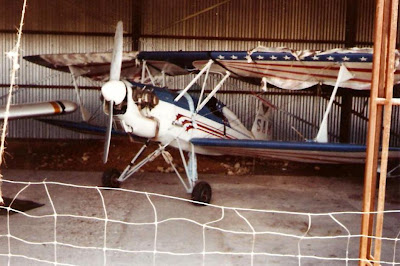 Our first Stolp to be completed was the SA 900 V Star ZK-SAM (c/n AACA/437/1), which was built by Sam McNutt of Waipukurau, where I took this best-I-could-do-photo in an open front hangar. It was first registered on 23/10/81. 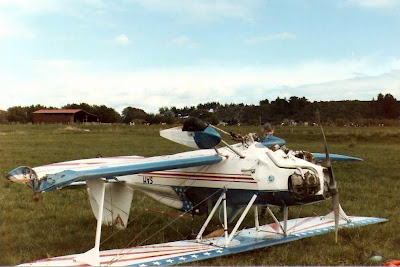 Unfortunately it was damaged in this accident (date and location unknown). This photo shows the colour scheme better and features a different registration location. It was sold to Neil Jepsen and Murray Smith of Palmerston North in a damaged state, and then sold on to Brett Emeny of Inglewood on 1/5/87. It was cancelled as withdrawn on 13/12/01. 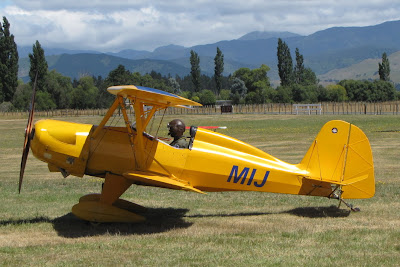 It then re-appeared after obviously having been rebuilt, and was registered to Neil Jepsen of Palmerston North on 26/1/05. It is photo'd here at Wings over Wairarapa at Masterton in January 2009. It was sold to Bruce McLellan of Stratford in June 2009. 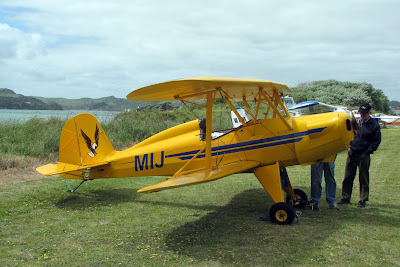 At the Black Sands flyin at Raglan in November 2009. It was sold to Michael Wilkins of Taupiri in August 2011.
There has been one other SA 900 V Star registered ZK-JAN to Jan Mortensen of Hikurangi, but this was not completed and the registration was cancelled on 12/3/93. 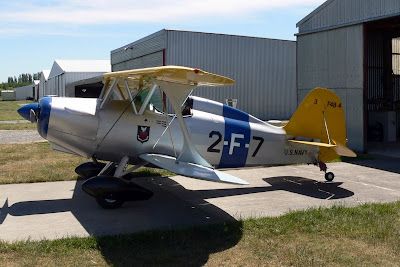