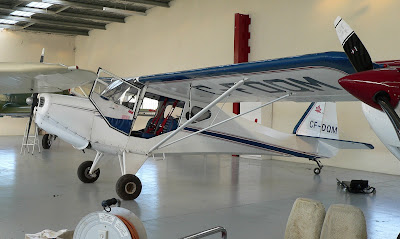 Further to the earlier blog. The Fleet 10 Canuk CF-DQM has come together at Rangiora. 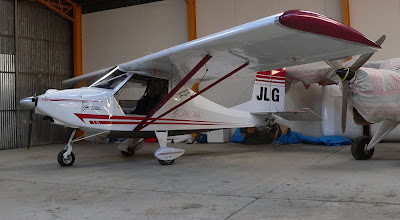 New to the field is the Hughes Australian Light Wing GR-582 ZK-JLG/2.
This aircraft was flown across the Tasman (the first two stroke to do so) from Mallacoola to Haast 02-12-1999 by Ben Buckley and was registered to Ben Stimpson at Kawerau on 23-01-2000. It transferred to Westport at the end of 2000 for the Brunning's and then to Allan Brizzell in October 2007.

The Canterbury Recreational Aircraft Clubs Rans S-6ES Coyote II ZK-JOR joined the register on 03-10-2006 as a tail dragger. (above)
Following an incident on 25-10-2007 it was decided to convert it during the rebuild to nose wheel status. This is now almost complete. (below) 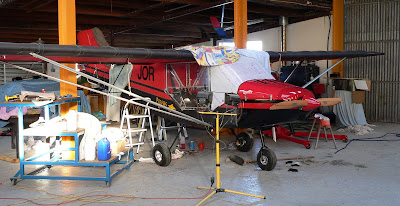 Other gossip includes the order for two more Karatoo's for local aviators.
The Pober Pixie is coming along nicely and should be flying near years end.
The two Best Off Skyrangers are making fast progress.
Plus lots more...
And with the pending closure of Wigram airfield in a few months time- watch Rangiora grow even faster.