I noted from Facebook that the NZ Warbirds Albatros D Va replica ZK-ARS2 was made its first flight at Ardmore recently, flown by Frank Parker: 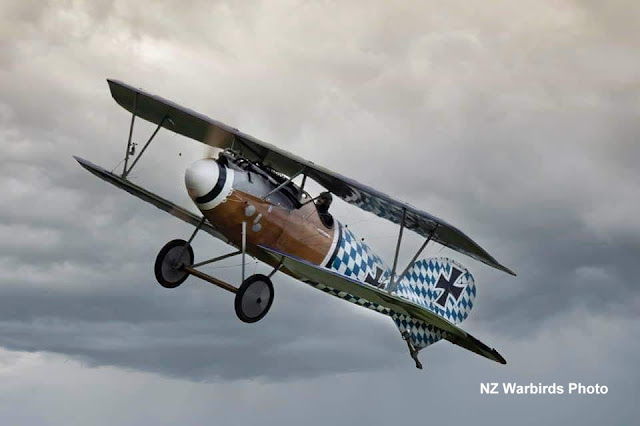 This aircraft was built in Canada and  is powered by a Ranger in line engine that looks quite authentic.  It was registered C-GIVT but did not fly in Canada.  So its first flight here was its maiden flight.  I am not sure exactly what the date was for its first flight - maybe the 19th of April?  Can anyone confirm the date?