I photo'd the venerable Mooney M 20C Mk 21 ZK-DBN (c/n 20C-3041) at Ardmore recently, having some maintenance done at Aero Technology.  A rather unprepossessing looking aircraft but it has a long and interesting history: 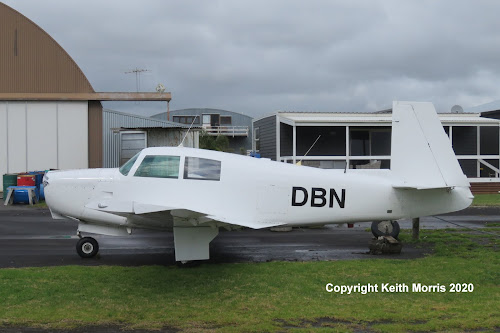 It has been owned since 13/3/91 by Michael J Hayton of New Plymouth and then Auckland. 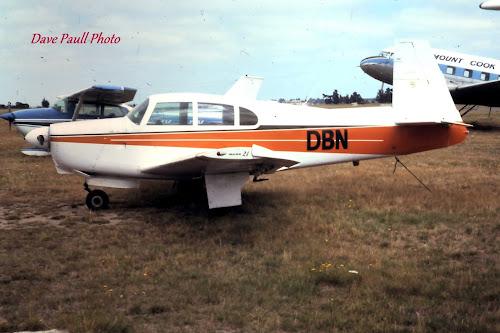 Prior to 1991 it was owned by Peter Dyer of Christchurch and then Taupo, as photo'd above, from 2/4/76 to 1991.  And prior to that it was owned by Rod McKelvie of Napier from 27/3/75 where it was leased to Napier Air Service.
However it goes back further to when it was registered as ZK-DBN on 22/6/70 to C L North and D K Lilico of Auckland.  They bought the Mooney as a wreck and rebuilt it over the next 4 years using the damaged remains of ZK-CLY and parts from the Tauranga Aero Club's Mooney M20C Mk 21 ZK-CHY that had crashed into the sea on take off on 8/1/67. 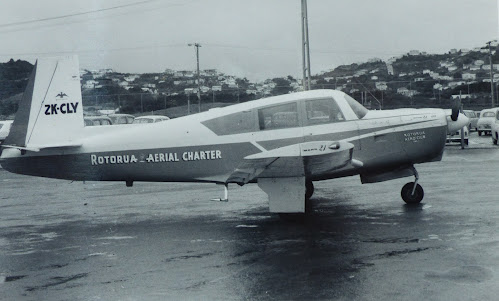 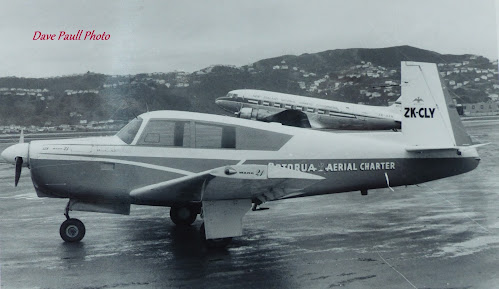 In this shot you can see our old house on the hillside in the background. 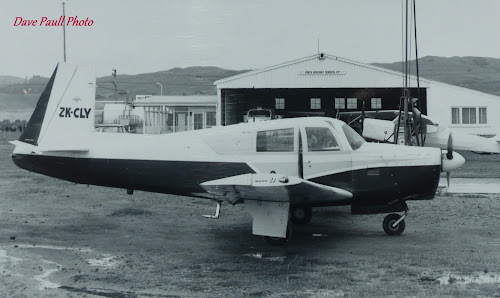 It suffered an undercarriage collapse at Franz Joseph shortly after, on 25/9/66, but was repaired and it gained fame as the first aircraft to circumnavigate New Zealand in one day, flown by Tony Isreal on 12/1/69 taking 16 hours and 46 minutes flying time.  It is photo'd above outside the Rotorua Aero Club on 13/12/68 and it looks like it may have been in new colours.  Finally it was again damaged, this time at Rotorua, on 22/3/70 and was cancelled only to rise from the ashes to still be around today.
Thanks to Blue Bus for the info and photos.
Posted by Sir Minty at 21:56