Coincidently following on from Blue Bus's post on the Cessna 172 taildragger ZK-BSU, another example was at the Golden Bay Flying Club's Dawn Raid at Takaka over the weekend: 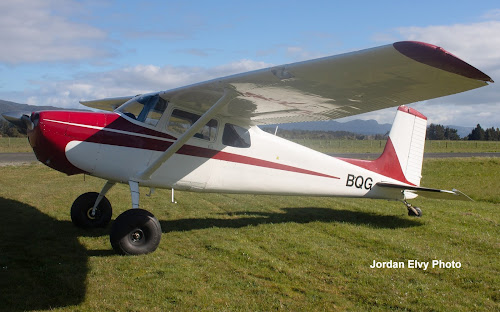 ZK-BQG (c/n 28480) is Ray Patchett's machine, from Blenheim.  Like ZK-BSU it has had a long career in New Zealand starting from its registration on 1/5/56.  I think it is also worth a more in depth profile in the near future - come in Blue Bus!
Thanks to Jordan Elvy who took the photo and pointed out that this aircraft has not featured on the blog previously.