The weather at Stratford last week was sunny and very windy early on, but that did not stop Cessna U206F ZK-DWX flying in from Whangarei on the Wednesday 23/1/19. 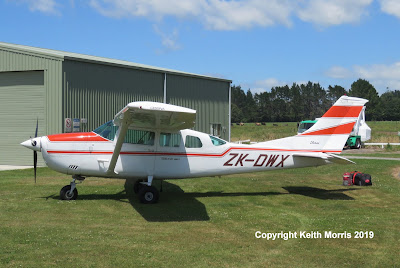 It has been owned by Stokes Logging Ltd of Onerahi since 26/9/18 and they use it to travel between their logging interests in Northland and Taranaki.  The pilot was Peter Garlick who follows the blog and has sent in photos of aircraft from Whangarei.  It was nice to meet you Peter.

Blue Bus has prepared the history of the aircraft in New Zealand as follows: 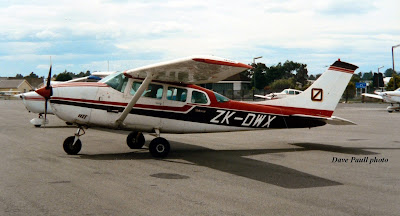 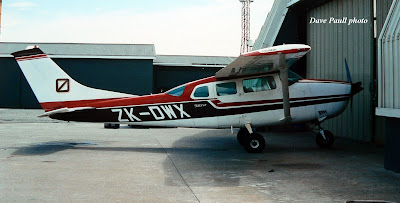 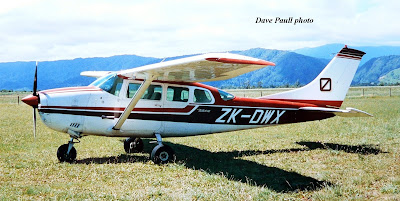 An ownership change on 26-09-1990 listed it with Dave E Bunn and Co of Arrow Junction who traded under the Dave Bunn Aviation name. It carried the 'Firgrove Farm' 'Arrowtown' titles on its fin and is seen below in new colours at Queenstown on 18-03-1991. 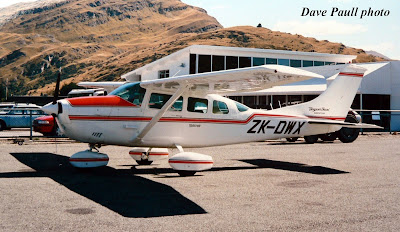 Below we see it at Queenstown on 09-12-1998 with revised tail colours and carries the additional 'Dave Bunn Aviation' titles on its tail and the small '206F' aft of the Stationair script above the main wheel. 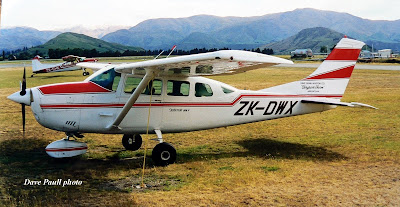 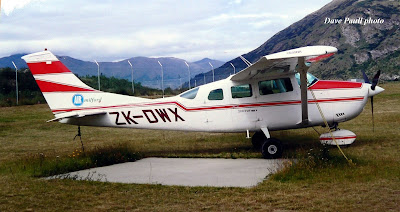 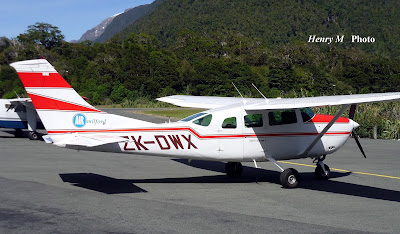 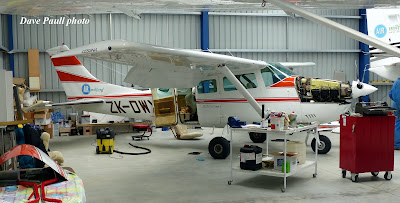 Above I caught at Queenstown on 20-11-2014.
Plains Investments Ltd of Ashburton took it over from 15-08-2 and the 'Firgrove Farm' title is again seen on its fin. 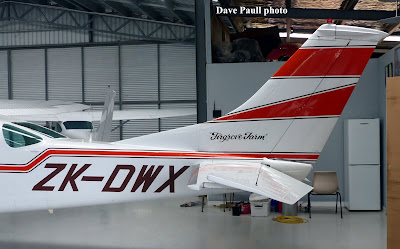