New Zealands first registered multi engined helicopter was Sikorsky S-58ET ZK-HIH (c/n 58-1663).
This Sikorsky was ordered as a military model HSS-1N Seabat (allocated serial number Bu150799) for the US military but was completed as a CH-34C in 1963 as part of an order for the West German Army. 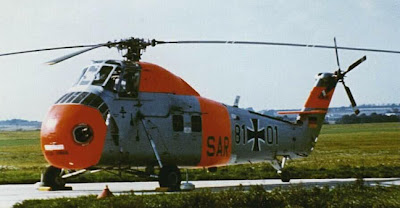 It operated under several different German serials, including QC+463, WE+573 and 81+01 before being returned to the US in about 1974 to take up the US civil registration of N82846.
I suspect it was another of the Pratt and Whitney Canada PT6A "Twin Pac" conversion done by Orlando Helicopters.
ZK-HIH was assembled and first flown at Queens Wharf Wellington on 22-09-1974.
Its US registration was cancelled on 21-11-1974 and it was registered (leased) to Helicopters (NZ) Ltd of Nelson on the 25th
Below we see ZK-HIH at Timaru in late 1974 as captured by Lord Nelson.

The following five photographs were taken at Invercargill By CMM in June of 1978. 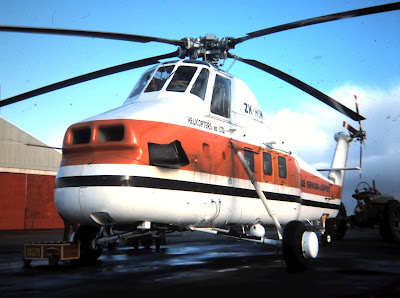 Above we see the distinctive nasal cavities for the Pratt and Whitney Canada PT6T Twin Pac engines. 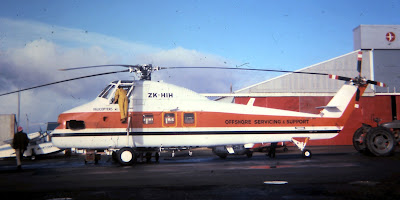 Above it has the Invercargill based Mount Cook Grumman Widgeon and the Piper PA-30 Twin Comanche parked behind. 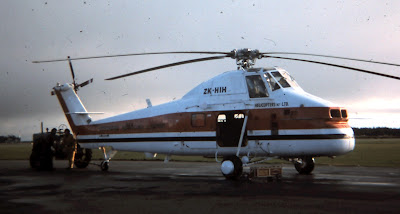