Other aircraft outside at Ardmore this afternoon included nearly all the warbirds aircraft, that were outside due to the Warbirds hangar being readied for the Mosquito dinner tomorrow night.  Most of these aircraft will be in the flying displays tomorrow. 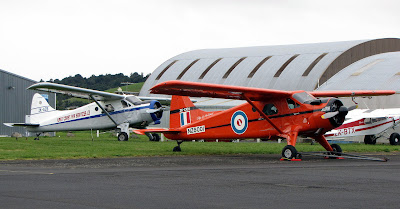 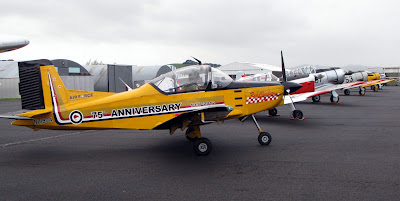 And a Warbirds lineup including a DHC 1 Chipmunk and 4 Harvards.