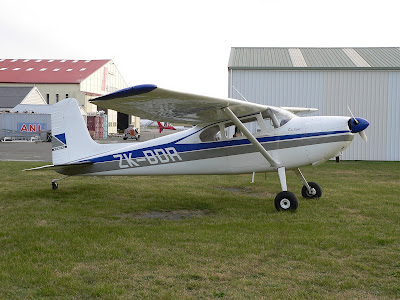 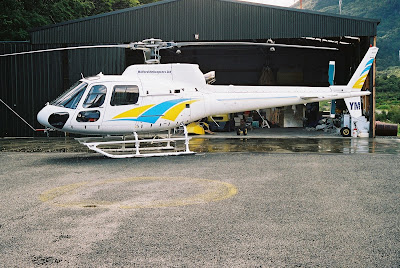 The above pic shows the Aerospatiale AS350B2 ZK-HYM/2 , c/n 9045 , at Milford Sound in December of 2003.
During February 2007 a long line went up through the rotor blades and by the time it was landed the airframe was damaged beyond economical repair.
It has now re-appeared with Helicopters (NZ) Ltd from 12-05-2008 as ZK-HMQ/3. 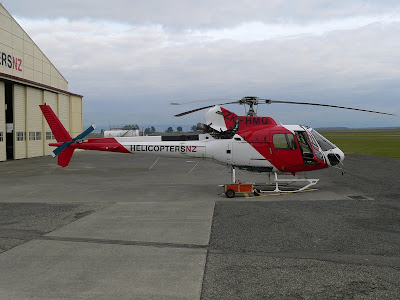 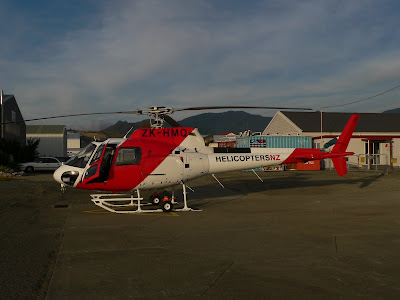 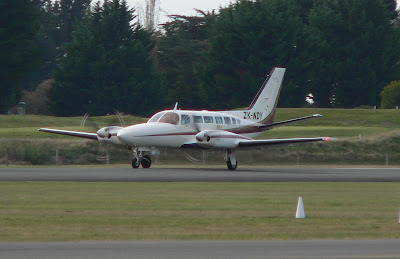 This aircraft arrived in NZ As N6764D back on 14-09-2007 and has spent much of its time up until now being worked on at Avtek in Timaru.
Although registered to Dennis Thompson International Ltd, it carries the Ashburton Aviation Services logo on the fuselage side just ahead of the door.
Posted by Dave Paull at 13:11