I'm probably being a bit naughty and may incur the ire of Blue Bus.......but. Having been away from the shaky isles for 6 weeks, I don't have any new local aircraft to post, so I thought I would post these 2 somewhat different offerings. 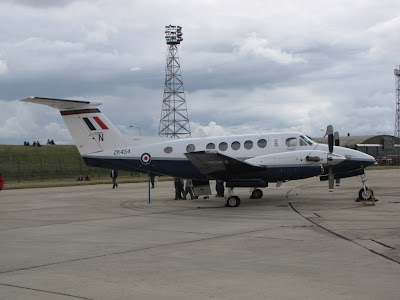 The first is a Royal Air Force Beech B 200 with a strangely familiar serial: ZK 454. I took this photo at an airshow at RAF Lyneham on 7 August, where there were flying displays by both a Vulcan and a Lancaster! 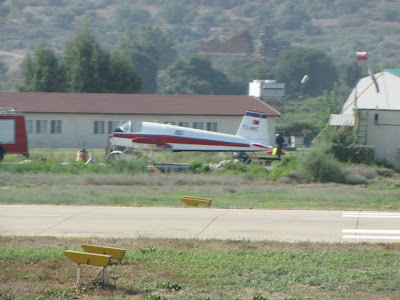 But the next has a more direct New Zealand connection. It is an engineless Fletcher FU 24 registered what appears to be TC-APE near the ancient ruins of the city of Ephesus in Turkey. This small airport was home for parachuting and also probably cotton spraying, as there were 4 PZL Dromadir cropsprayers also picketed there. I apologise for the quality of the photo but it was taken with a long lens out of a bus window as we drove by. I am sure some FU 24 afficionados can fill us in with the history of this aircraft.
I caught up with the blog at various places around the world which was neat. However it is good to be home.