Well then "MR" Anonymous:
It was my very intention that nobody should resolve this one because the chocky fish stock is rather low at this time. 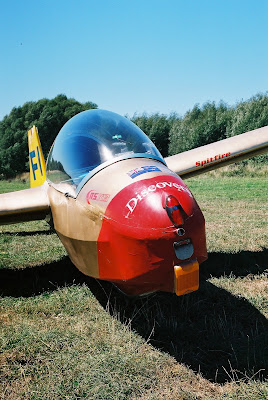 It is however as you say.
Schleicher AS K13 ZK-GFN , c/n 13038 , in its colour co-ordinated camouflage for operations at Papawai (near Greytown) by the Jury Hill Gliding Club (Inc).
It has all the lights, bells and I suspect whistles for night flying.
Question to you Mr Anonymous :- With a red and orange light in the blunt end - does it actually fly backwards ? I would have thought that the red light would have been at the rear end ! 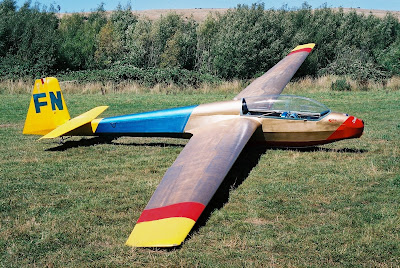