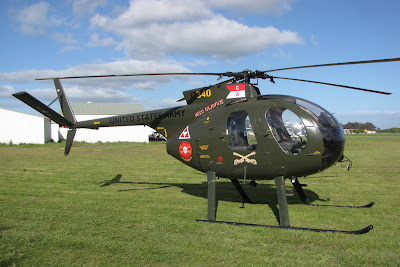 The above photograph, taken at Hamilton on 07-11-2009, was sent to me for identification and if possible a little bit of its history.

It is painted to represent the Hughes OH-6A Cayuse serialled 68-17340 of the C troop, 16th Cavalry of the US Army. It is now preserved in their Fort Rucker Museum. It had a distinguished career in South Vietnam.

The real thing is shown below "in country" and sitting on PSP. (PSP = pierced steel planking or Marsden mating). 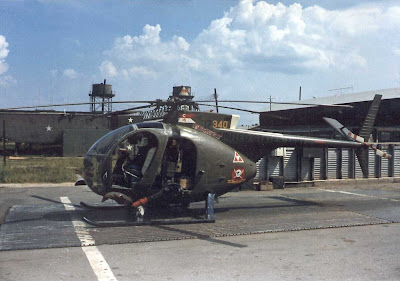 For more info on This operating group; the C/16 Outcasts ; see :-
http://www.vhpamuseum.org/16thcav/ctroop/ctroop.shtml
Another shot of the real machine. 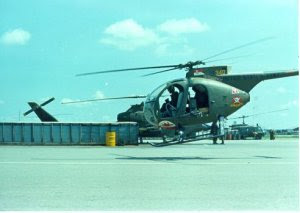 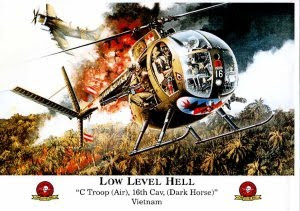 Below are a couple of the insignia used by C/16 and depicted on the helicopter. 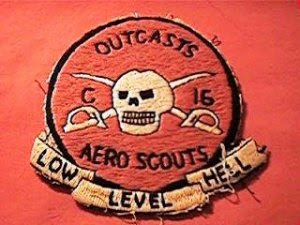 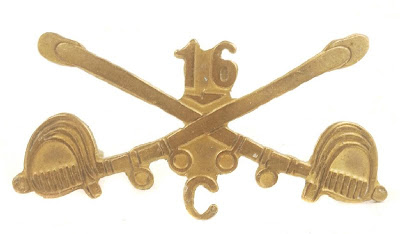 So ZK-IUS appears to be a pretty good representation of 68-17340. Missing its the 7.62 minigun and perhaps the red & white under nose marks.
Kiwi Kopters also operate the Bell 47G-3B1 ZK-ICJ. This is painted up to represent a MASH (Mobile Army Surgical Hospital) helicopter (minus its external stretcher racks). Pic below. 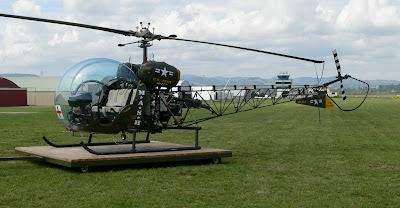