The last new aircraft to appear on the New Zealand register in 2009 was the Bennett Condor ZK-CON2.

The Bennett Condor was built by Bill Bennett at Wanganui.  It started out as a Minicab then Bill added a 500 mm fuselage extension and made the cabin a bit bigger and fitted a cut down Alpi 200 canopy.  Then he constructed a Vans style undercarriage that is connected to the engine mount of the 100 HP UL Power 260i engine.  As an idea of size, the Minicab's wingspan is 24 feet 11 inches (7.60 metres) and its fuselage length is 17 feet 11 inches (5.45 metres), so this would make the Condor 6.05 metres in length.  The aircraft was registered as a Class 2 microlight with a MAUW of 544 Kg. 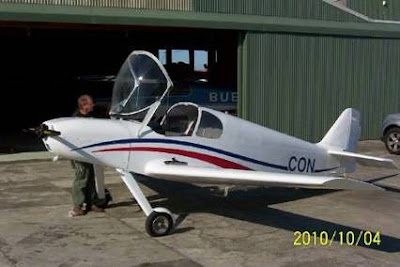 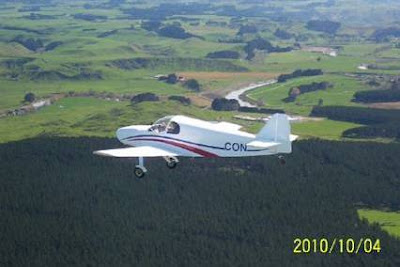 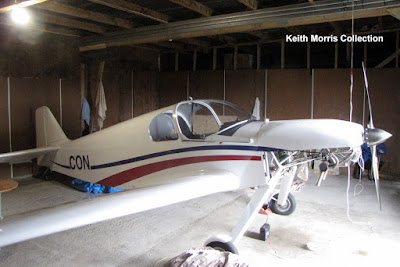 The address of the Keruru Trust shifted to Carterton and the aircraft was based at Masterton, usually flown by Bill's son Mike Bennett.  It the above photo, taken in its hangar at Masterton on 12/3/11, you can see the mounting of the engine and undercarriage. 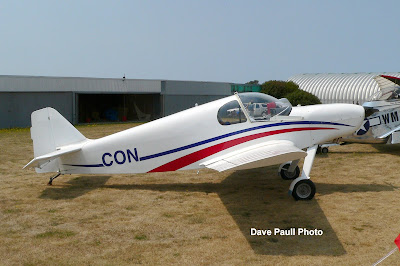 And here is a better photo of the aircraft, taken at Masterton on 19/1/13.