Although the Highlander looks quite a bit more chunky, it is a direct development of the Escapade.  So although the first Highlander wasn't registered until January 2011, for this series I will Just keep on going.

The Highlander was introduced in 2004 and was designed for slow flight into rougher strips that the Escapade.  Like the Escapade, construction is of a welded chromoloy steel tube fuselage of a polygonal cross section and the aircraft is mainly fabric covered.  However it has a wing that is 3 feet longer with vortex generators along the upper leading edge and has larger tail surfaces than the Escapade.  The Highlander also has a beefed up undercarriage with larger tyres and enhanced brakes.

We have had four Just Aircraft Highlanders in New Zealand to date, as follows: 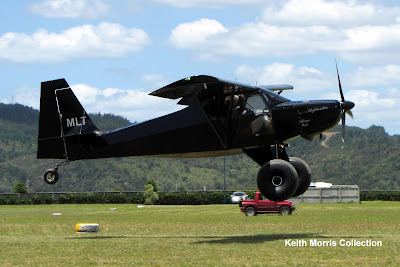 Our first Highlander was ZK-MLT (c/n JA 212) which was registered on 13/1/11 to Thompson and Hood Ltd of Ashburton.  Its first flight was on 31/5/11, flown by Grant Coldicott.  The aircraft is powered by a Rotax 914 engine and a Kiev prop.  As you can see it is fitted with 29 inch tundra tyres.  The photo was taken during the spot landing competition at the 2012 SAANZ flyout to Whitianga on 28/1/12. 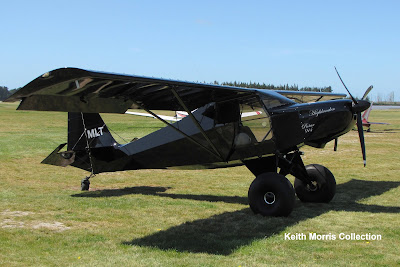 ZK-MLT has made quite a few trips to the North Island to accompany deliveries of Super STOL aircraft to their new owners.  Here it is photo'd at Rangiora on 10/10/14 just before it headed North accompanying the Super STOL ZK-RIM to Taupo. 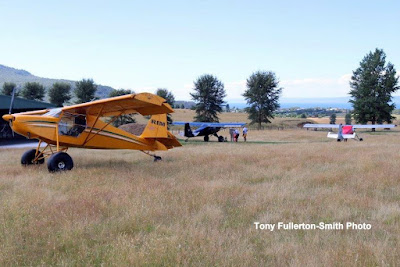 And here it is again photo'd at Omori on the West side of Lake Taupo at the end of the delivery flight for Super STOL ZK-KTF, with Super STOL ZK-RIM which popped over from Taupo to welcome them. 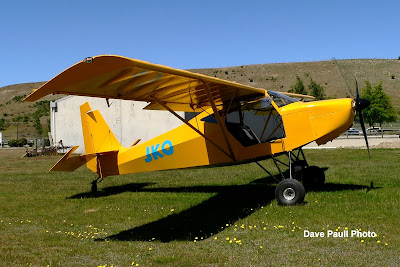 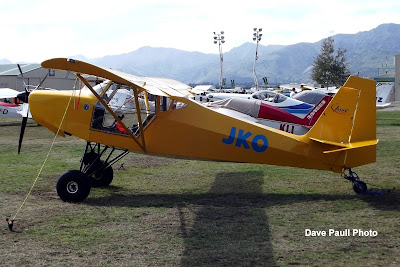 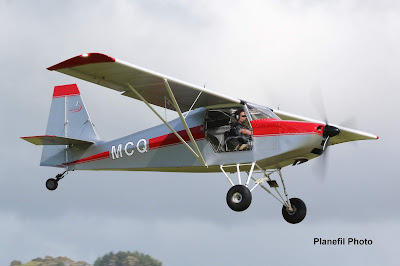 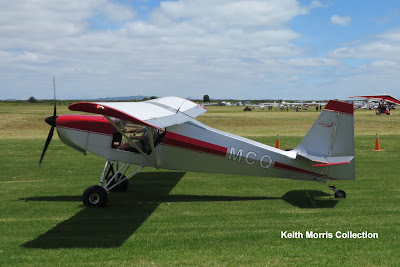 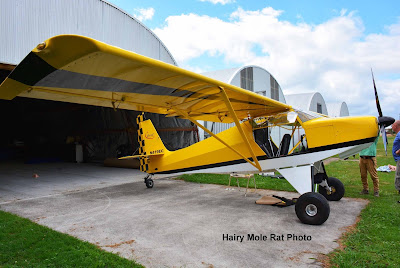 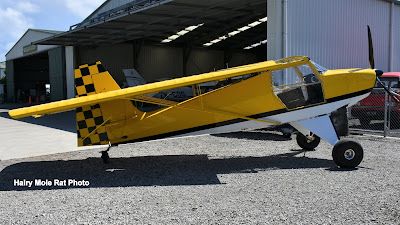 It was taken to Solo Wings at Tauranga for certification where the above photo was taken on 9/3/18, showing its folding wing capability. 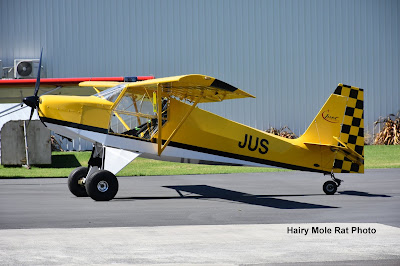 There is another Highlander in New Zealand, being VH-JPU which was imported in October 2018 by Peter Hicks and is now based at Pauanui. 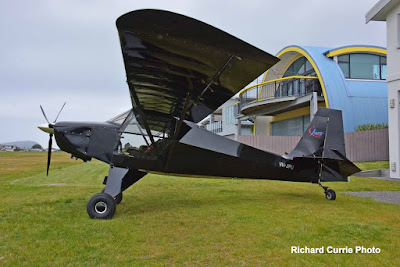 Photo taken at Pauanui on 11/10/18.  It has since been fitted with tundra tyres and is quite active around the Coromandel Peninsula.