There were also three PA 18 Piper Cubs on the airfield at Bridge Pa on 5-1-15, all locally owned.  These aircraft are really quite elderly now but in my mind they are almost timeless, and if imitation is the sincerest form of flattery, they are truly classics.  I guess they are also a bit like grandfather's axe, but the first two are painted in fairly authentic red and white Piper colour schemes of their era (however with today's big non ZK registration letters). 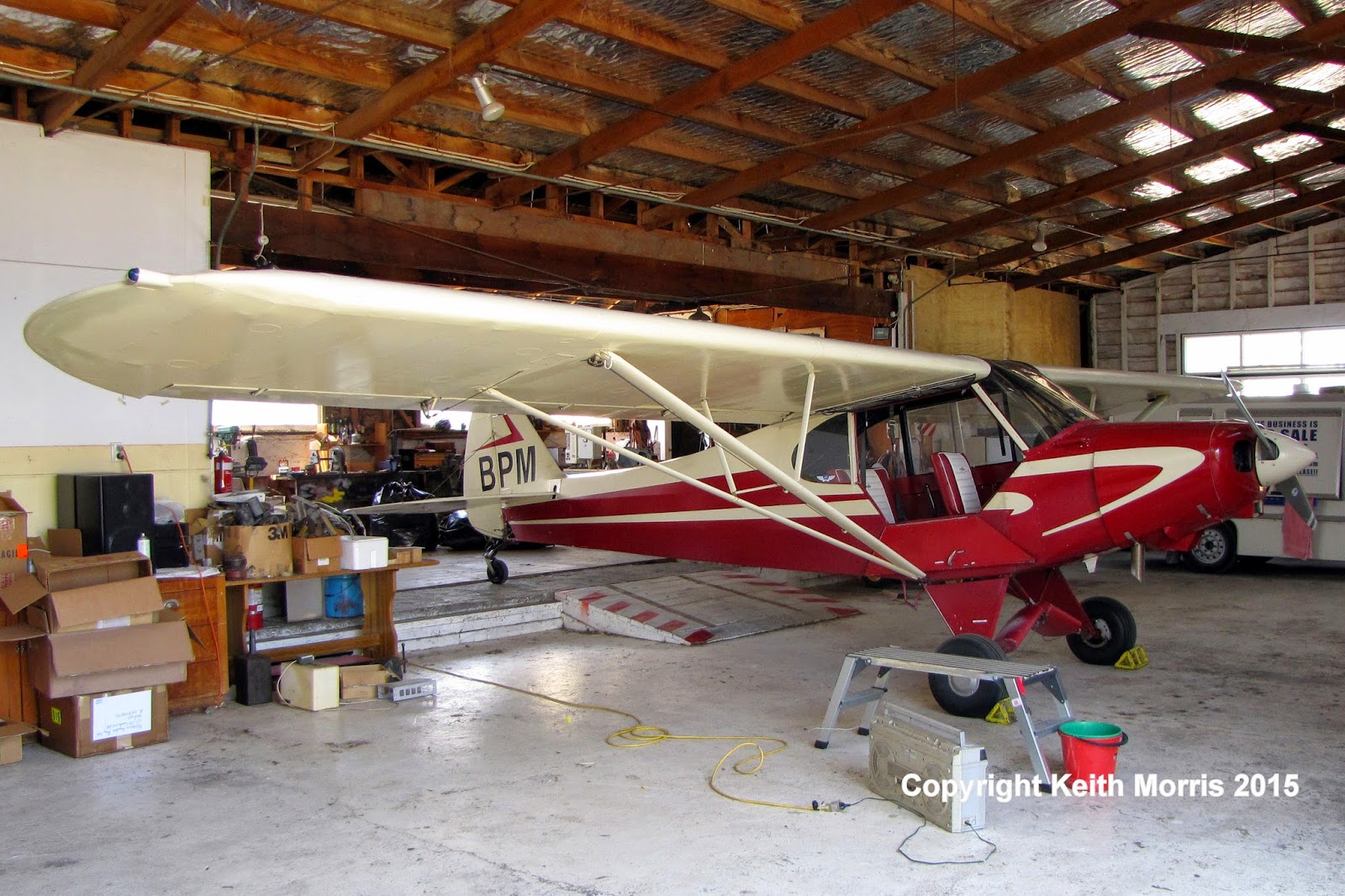 ZK-BPM (c/n 18-6380) started its working life at Bridge Pa as a topdresser with JWR Frogley.  It was first registered in September 1958 and has undergone many ownership changes to end up with MJ Fleming of Havelock North. 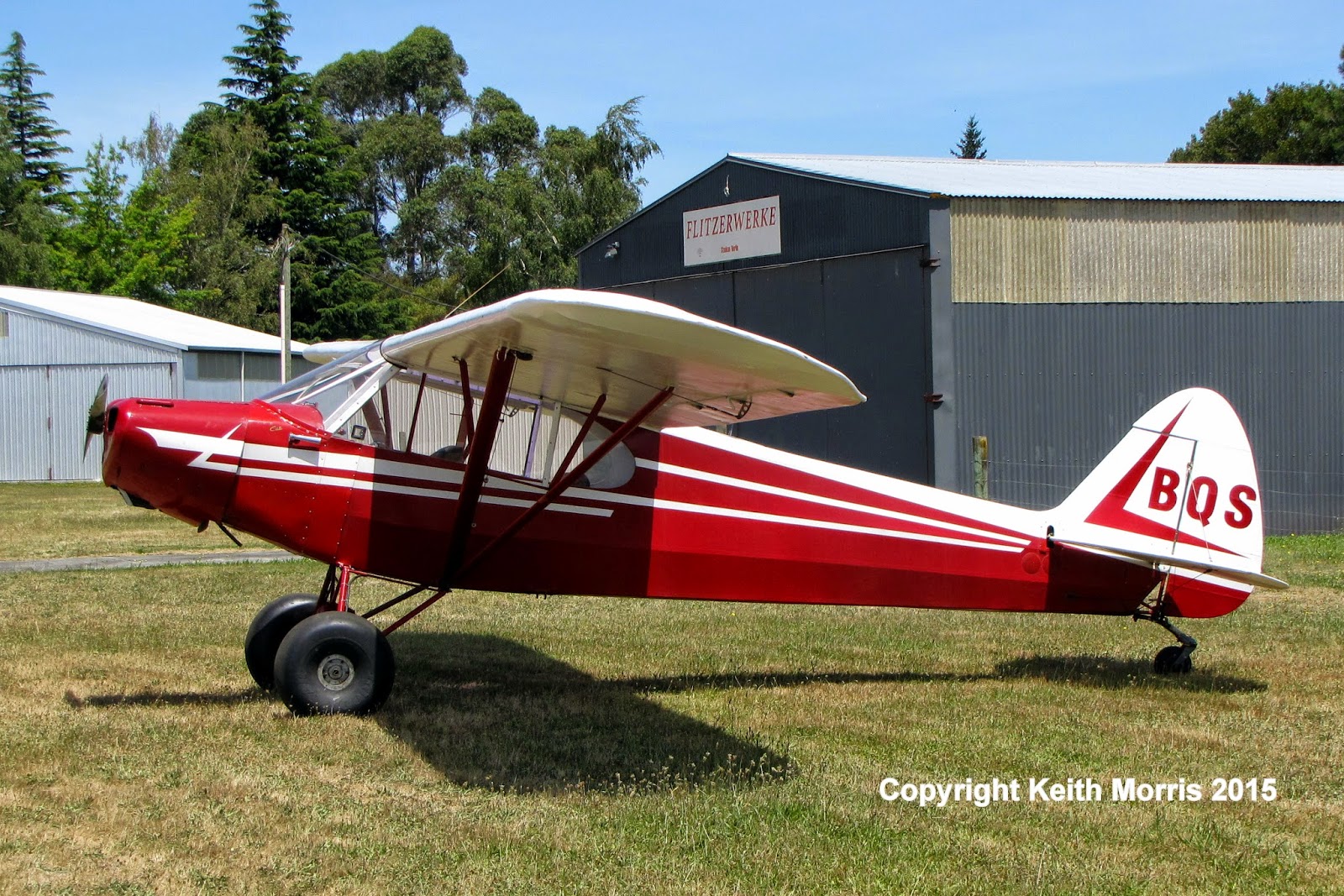 ZK-BQS (c/n 18-5418) is actually an older airframe than ZK-BPM being first registered in December 1956 - that's 58 years ago!.  It was originally owned by the Waikato Aero Club and has also been through many owners before ending up with SW Husheer of Napier. 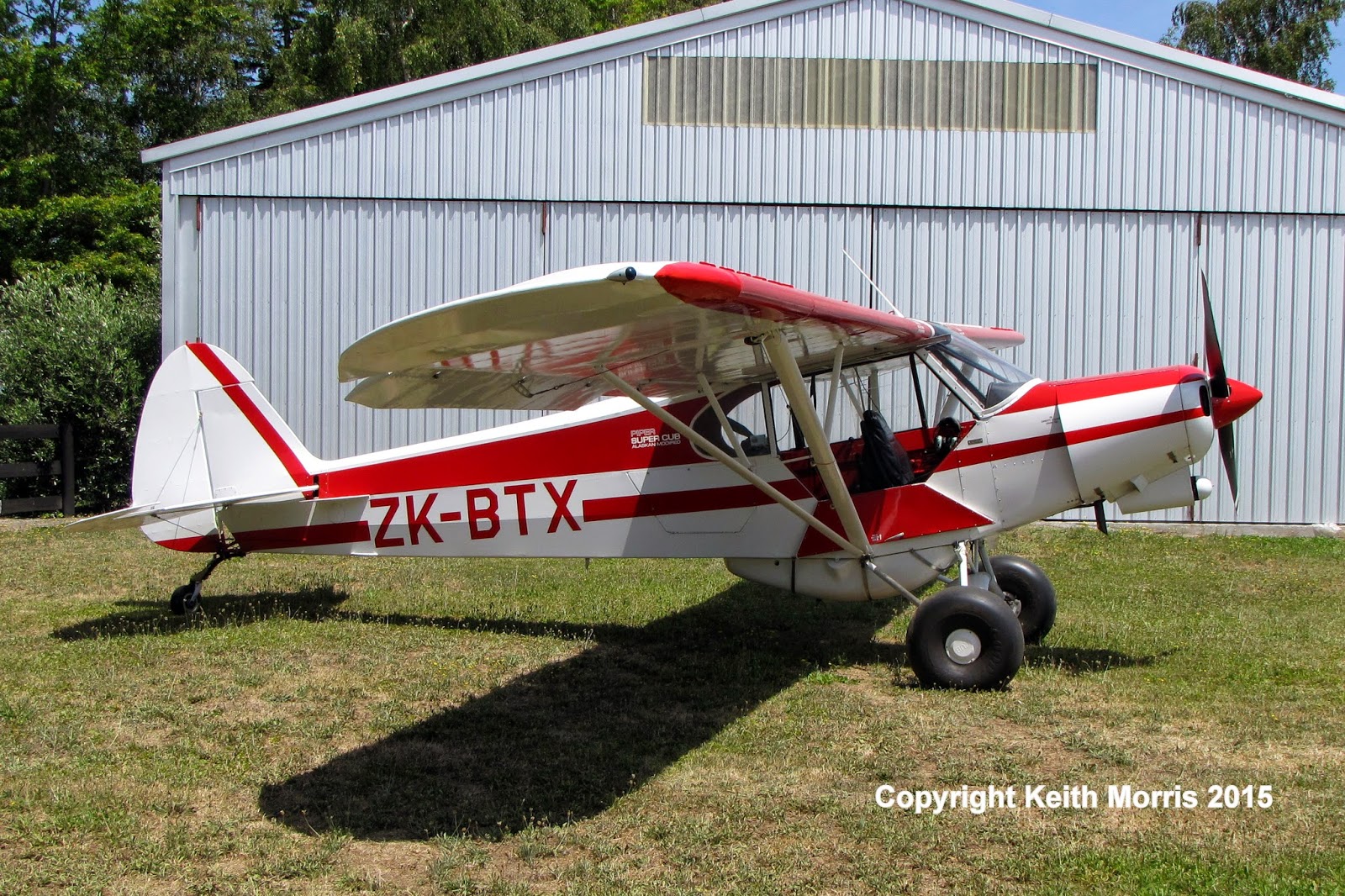 And ZK-BTX (c/n 18-7309) was first owned by the Stratford Aero Club, having been registered to Airwork in May 1960.  This Cub has undergone more upgrading and is now an Älaskan Super Cub"with a 180HP Lycoming engine, flapped wings, a cargo pod and big wheels.