I have been posting from Taupo but prior to arriving there I had travelled down to Napier where of course a visit to Bridge Pa was planned.  There wasn't much happening on 5-1-15 but there were some helicopters out in the hot sun. 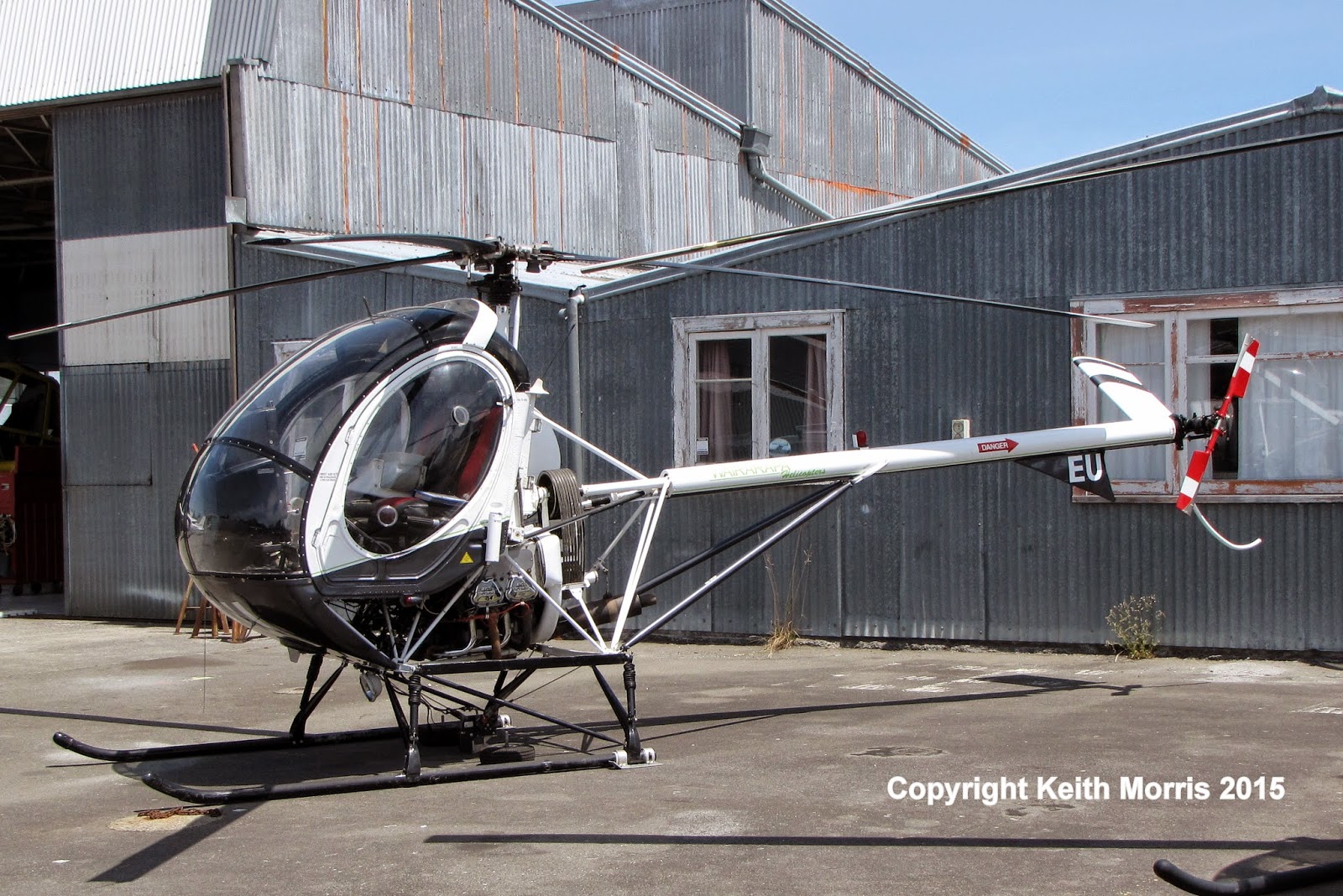 Hughes 269s are getting a bit long in the tooth but there are still 36 of them registered, along with 24 Schweizer 369s.  ZK-HEU is a 269B model operated by Wairarapa Helicopters Ltd of Masterton and it has been around since June 1982 when helicopter registrations were still issued alphabetically.  It is the only helicopter to have used the ZK-HEU marks. 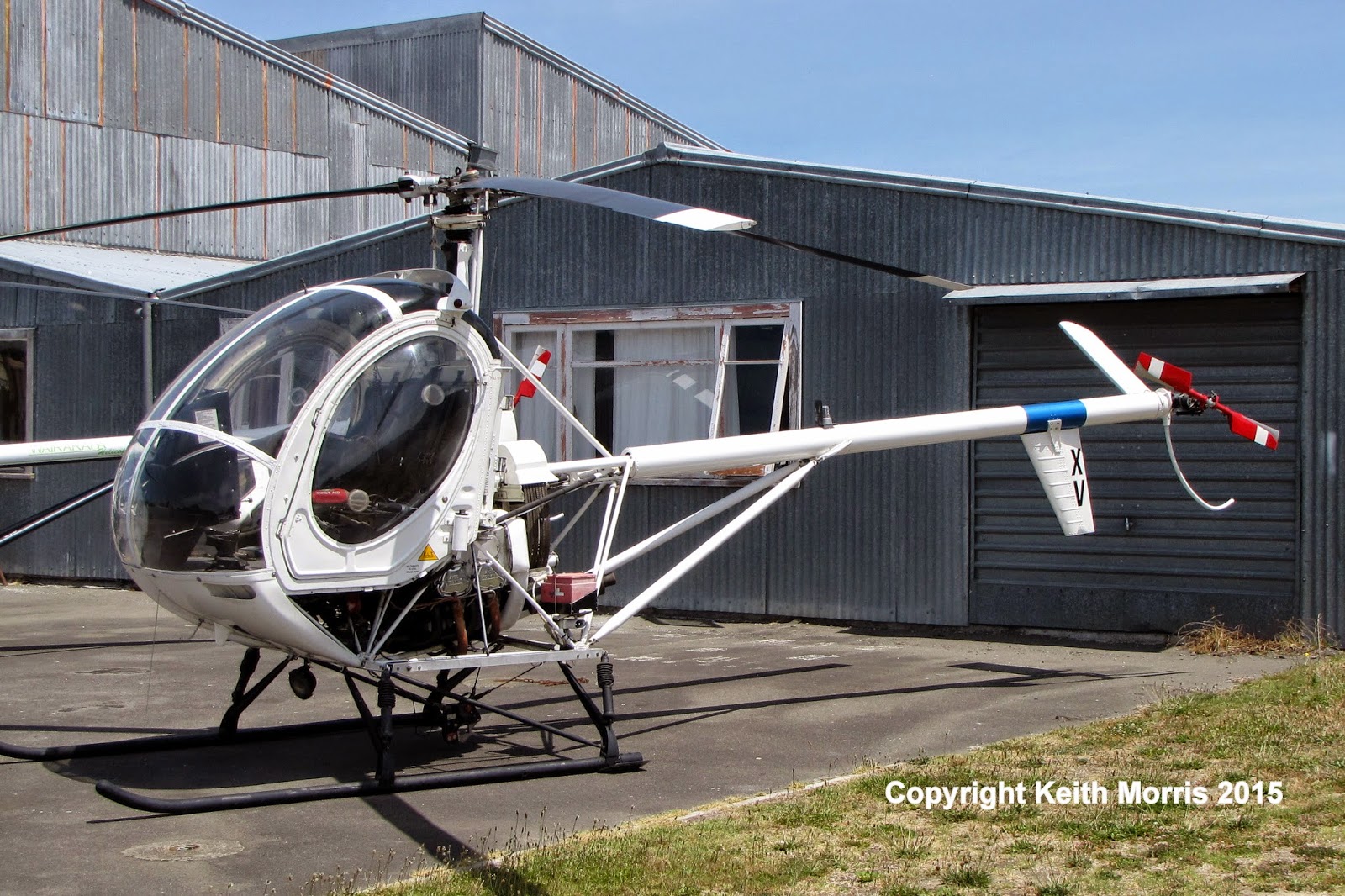 ZK-HXV is a 269C model is operated by Shoreline Helicopters Ltd of Napier and has been around since August 1987.  It is the only helicopter to have used the ZK-HXV marks 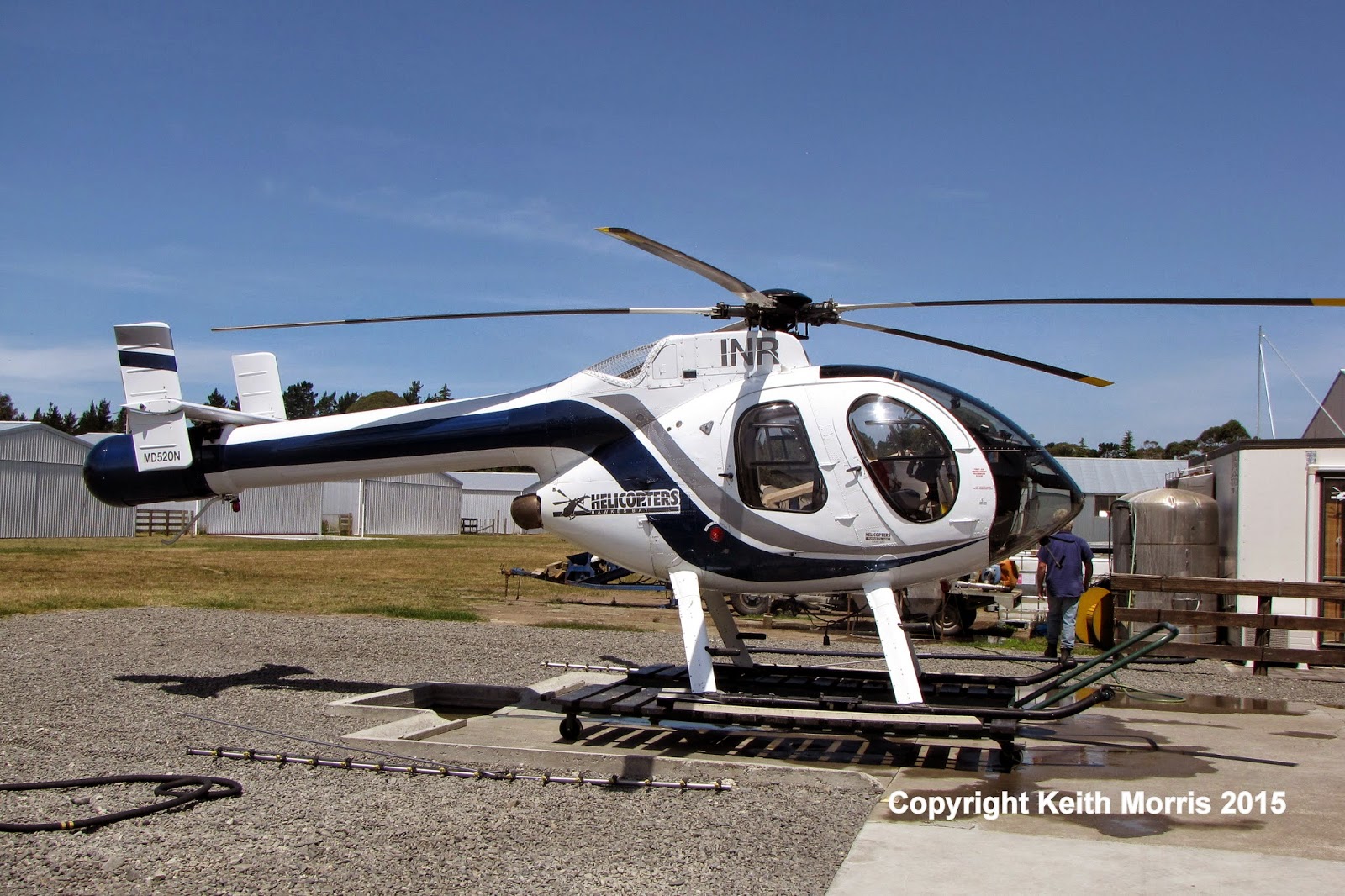 At the other end of the helicopter technology spectrum is McDonnell Douglas MD 500N (No Tail Rotor) ZK-INR which is operated by Hawkes Bay Helicopters 2006 Ltd.  It has been around since January 2005.  It is the only helicopter to have used the ZK-INR marks.  It was on stand-by for fire fighting duties.