Supermarine Spitfire Mk 26B and Other Aircraft at Loburn Abbey

Back in February I had the chance to visit Ivan and Sandy Campbell's Loburn Abbey property on a lovely summer's day, with Blue Bus.  What an interesting place it is!  Ivan and Sandy have developed it as a WW2 themed destination with the aircraft as the stars.  We were most fortunate that Ivan pushed his new Supermarine Spitfire Mk 26B out into the sunshine for its first airing - thanks Ivan.

The Mk 26B mates the 75% wing of the earlier Mk 25 Spitfire with a 90% scale fuselage.  And the name Supermarine is officially approved by the family owners of Supermarine who were most impressed with the aircraft and gave approval for the use of the Mk 25 and Mk 26 marks.  (The final variant of the original Spitfire was the Mk 24).  Power is from a 6 litre 420 HP V8 Chevrolet Corvette LS 2 engine with a belt drive propellor reduction unit. 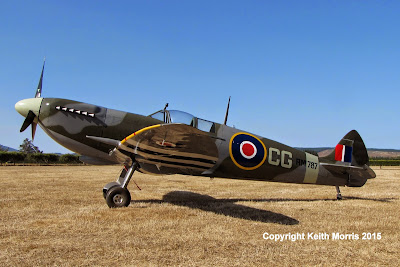 Ivan's Spitfire is not yet registered but is painted in the colours of the Mk XIV Spitfire RM 787 of Group Captain Colin Gray DSO and DFC, who was the highest scoring New Zealand born WW2 fighter ace,and who served with the RAF.  Ivan has done an immaculate job of the aircraft and has put a lot of effort into the details including refining the canopy which looks really great.

Colin Gray returned to new Zealand after the war and worked for Lever Brothers in Petone before retiring to Waikanae where he died in 1997.  Ivan has put a lot of effort into making his Spitfire a memorial to Colin Gray, and he would like to share his tribute to their father with Colin Gray's four children.  Ivan has tried to track them down but without success to date so if any blog reader knows of any of Colin Gray's descendants please contact us at the email in the blog header. 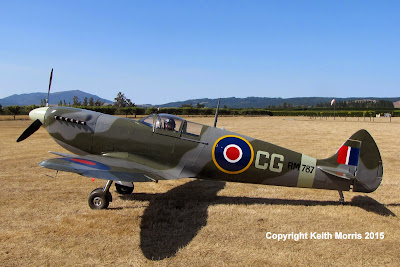 At first glance the pilot looks to be right at home with the 90% scale and the Campbell Aero Classics helmet that Ivan is wearing also looks right at home. 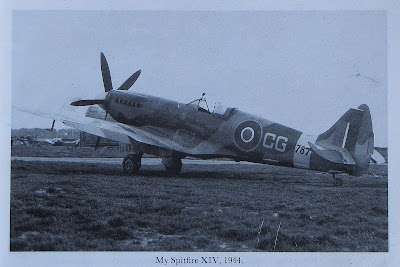 And the colour scheme is accurate too, as seen in this photo of the original RM 787 taken from Colin Gray's book Spitfire Patrol. 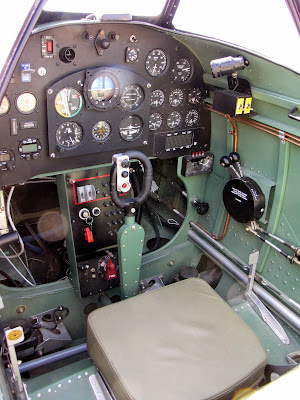 The cockpit also looks quite authentic, (refer to my photo of the cockpit of Mk XIV Spitfire ZK-XIV at www.nzcivair.blogspot.co.nz/2015/04/spitfire-mk-xiv-zk-xiv-at-ardmore-today.html ).  However the Mk 26B is a two seater aircraft with the passenger sitting snugly behind the pilot and under the original lines of the canopy.  You can see the rear seat rudder pedals in the photo. 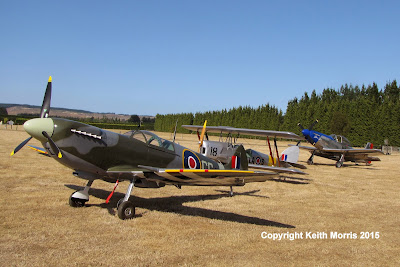 The Spitfire is but the latest in a line of spectacular scaled replica WW2 aircraft to come out of Loburn Abbey, and above is a line up of Ivans aircraft:  the Spitfire, the Fisher Tiger Moth and the Titan Mustang - Impressive! 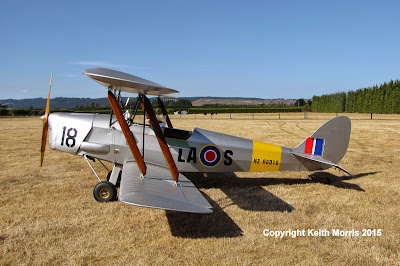 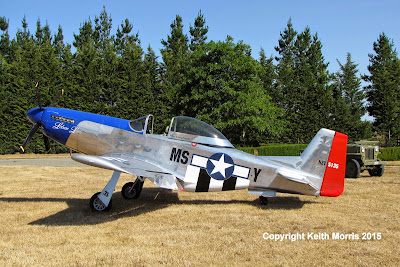 And Titan T51 75% scale Mustang ZK-MSY "Loburn Lady" was first flown in 2006.  Both of these aircraft were built by Ivan. 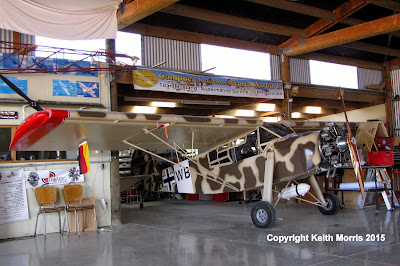 In the hangar was Sandy's plane, the Ragwing Storch ZK-RWB, now re-engined with a Rotec radial engine.  It is also soon to fly. 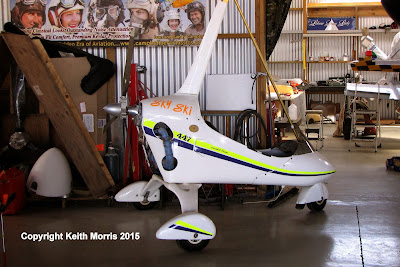 And finally, also in the hangar was Ivan's original weight shift microlight the Campbell Sky Ski ZK-SSI which was first registered in 1992 and is still on the register.

Oh, and there were also several other real interesting projects in the hangar which we shall see out in the sun in the near future.  Watch this space!