Another reason I went to the Pukekohe East airstrip was to see Dave Locke who is retired and has built his house beside the strip. Readers may remember that Dave locke built New Zealand's first 2 seater homebuilt aicraft which first flew in July 1966 - his Minicab ZK-CLS. (See www.nzcivair.blogspot.co.nz/2012/10/gardan-gy-20201-minicabs-of-new-zealand.html )

In later years Dave built two of his own 2 seater microlight designs - the Dave Locke Minitwins, which were developed from the single seat TEAM Hi Max with the fuselage width and wingspan both increased.  (See www.nzcivair.blogspot.co.nz/2015/01/homegrown-two-seat-homebuilt-aircraft.html ) 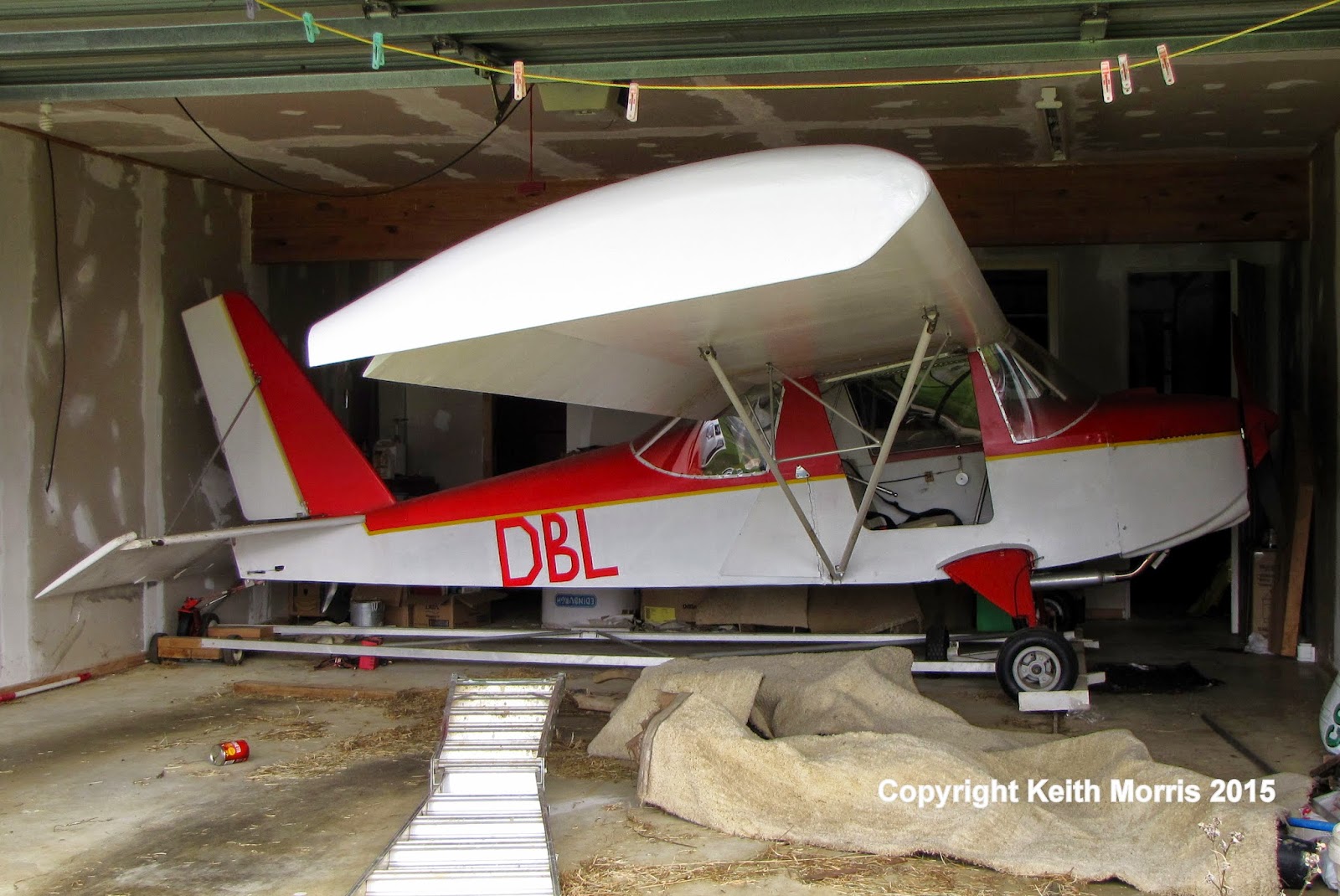 ZK-DBL2 is Dave's second Mini Twin and is officially a D Locke Minitwin Mark II.  Dave keeps it in a double garage in his house that faces onto the strip and pushes it in sideways like a glider.  it is a neat fit. 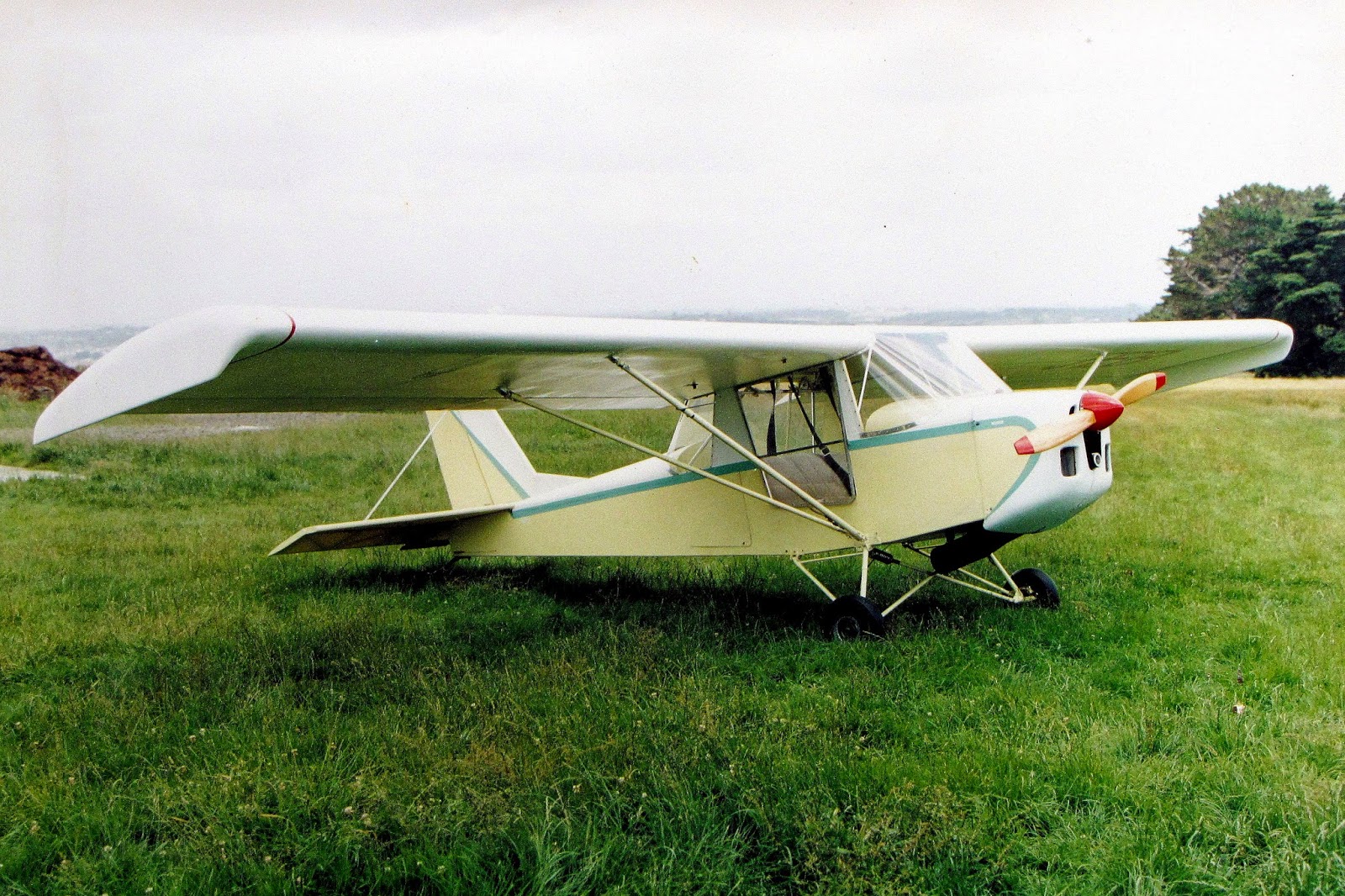 Dave also had an interesting photo of his first Minitwin hanging on his wall.  This was ZK-JEB which is officially a David Boehm Locke Hi Max Minitwin.  In this photo it can be seen that it first flew in the same colours as his Minicab, which I had not seen before.  So I took a photo of Dave's photo.  Thanks very much for your hospitality Dave.