Another trip to Auckland International (more on that later), so another trip to Ardmore which produced its usual crop of different and interesting aircraft.  Most of these aircraft have been in New Zealand for a long time as evidenced by their being the first use of their registration marks.. 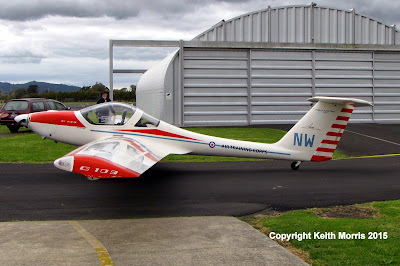 I did not realise that we had more than one Grob G 109 motor glider until I saw ZK-GNW (c/n 6148) being towed to a hangar. It is owned by the GNW Syndicate of Auckland, operated by the Pegasus Flying Trust and flown by the Air Training Corps, I presume at Whenuapai. It was originally D-KARR from mid-November of 1982 initially with Grob Werks. Its German registration was cancelled in mid-October of 1983 and was imported by Drake Aviation to be registered in NZ on 02/12/1983. It was listed to the Tauranga Gliding Club on 27/07/1984 and then to Allan McNaughton of Christchurch on 16-11-1987. It then did a stint with the Ruapehu Gliding Club at Raetihi from April of 1987 with a transfer up to the Whangarei District Gliding Club from 16/11/2004. It joined its current Syndicate on 17/11/2013. 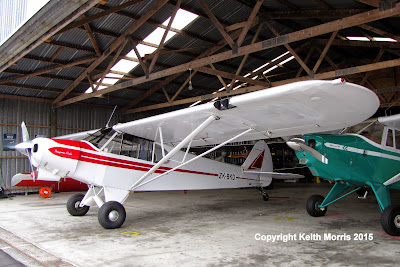 The first ZK-BKD was a DC 3 originally owned by NAC from 27/6/55, then by Mount Cook and Southern Lakes Air Services and finally as a topdressor for Fieldair.  It was withdrawn from use in 1983 and cancelled in October 1983. 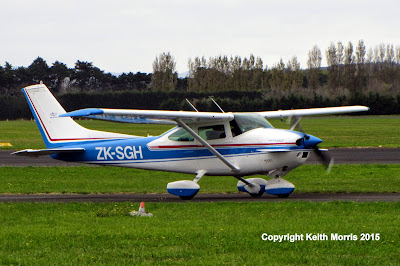 ZK-SGH is a Cessna 182P with a moustache.  In fact the canard wing is part of a Peterson 260SE STOL conversion.  It is ex N182KL and was first registered on 5/7/01 to S & C Horne of Waiheke Island, with whom it is still current. 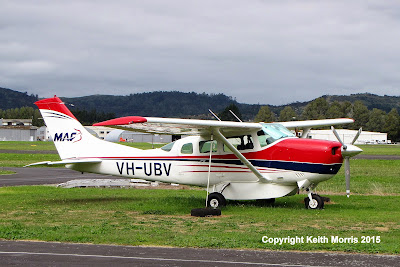 VH-UBV is a Cessna 206G that was first registered in Australia on 27/6/80.  It is owned by Missionary Aviation Fellowship and arrived in New Zealand on 11/3/15 for eventual registration as ZK-MAF2 .  For its history you can search for VH-UBV in the search box at the top left of the blog header page. Piper PA 34-220T Seneca ZK-RSQ is registered to Rick Lucas Helicopters of Palmerston North.  I am not sure how this fits in with the recievership of Helipro.  It is ex N8239D and was first registered in New Zealand on 18/8/95 having had a succession of seven owners to date. 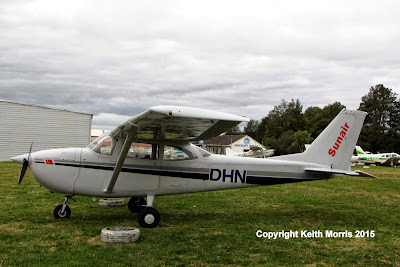 Cessna 172H ZK-DHN has been around since way back in July 1972 and has had four owners in that time.  It is currently owned by Sunair Aviation Ltd of Mt Maunganui.  It is at Ardmore to provide the Sunair service to Great Barrier Island. 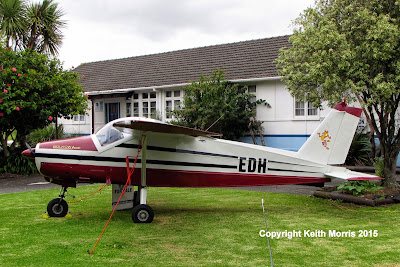 Another oldie is Bolkow Junior ZK-EDH which has been around since November 1974.  It has had four owners over its life in New Zealand and is for sale at Dennis Thompson's for $35,000. 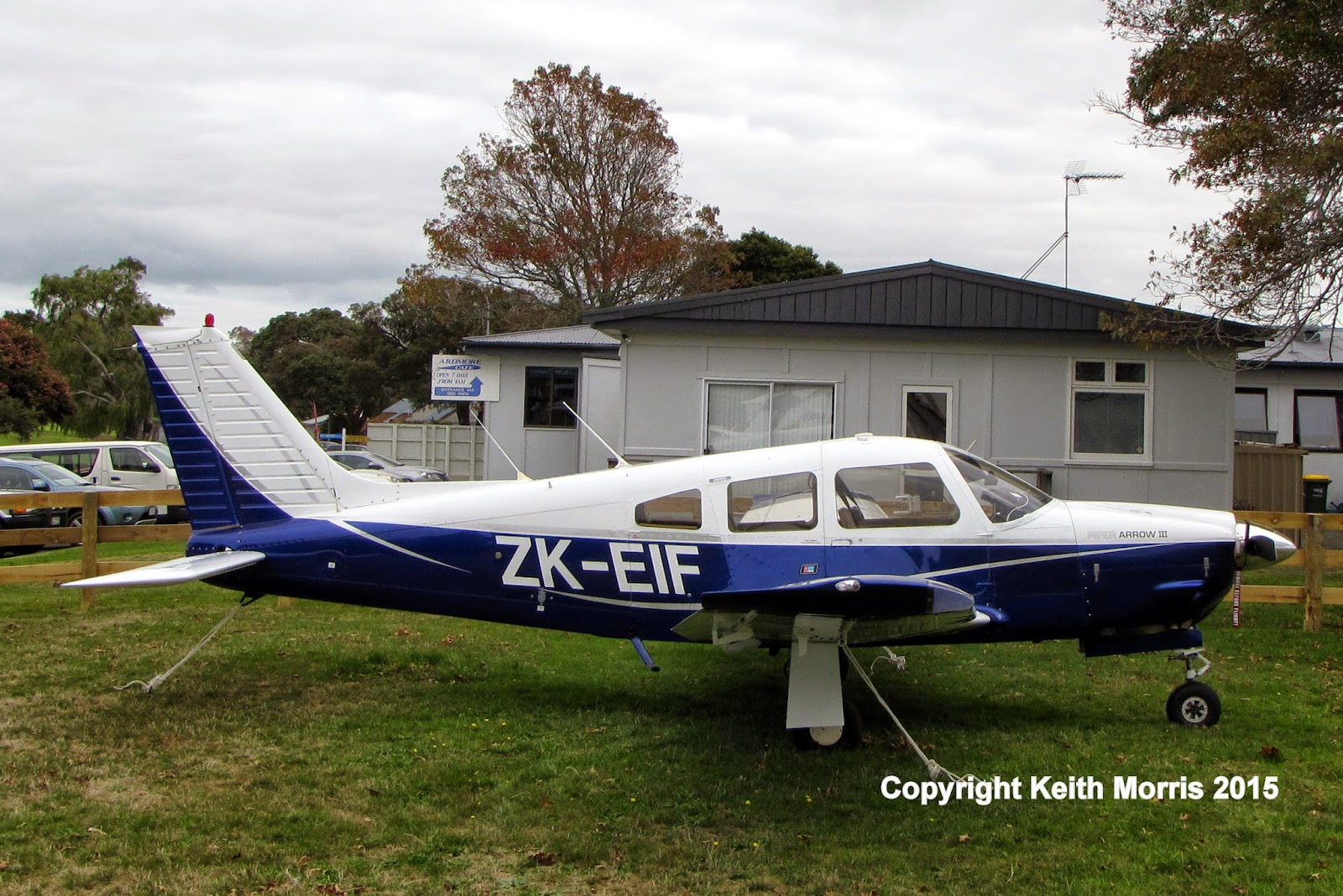 ZK-EIF is a smart looking Piper PA 28R-201 Arrow III that is woned by Arrow Partners of Wellington.  It was first registered in New Zealand on 28/4/86 and has had five owners to date. 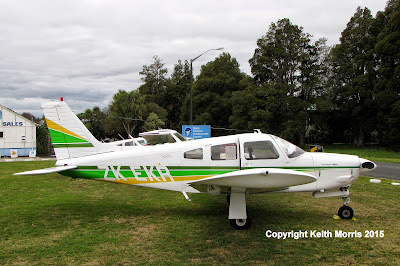 ZK-EKR is a Piper PA 28R-200 Arrow that was first registered in New Zealand on 12/2/85 and has had four owners to date.  It is currently for sale by Dennis Thompson.