Down the road from Ardmore to the Auckland Gliding Club airstrip at Drury where the conditions were not very conducive for gliding.  However some flights were being made as the club towplane was out. 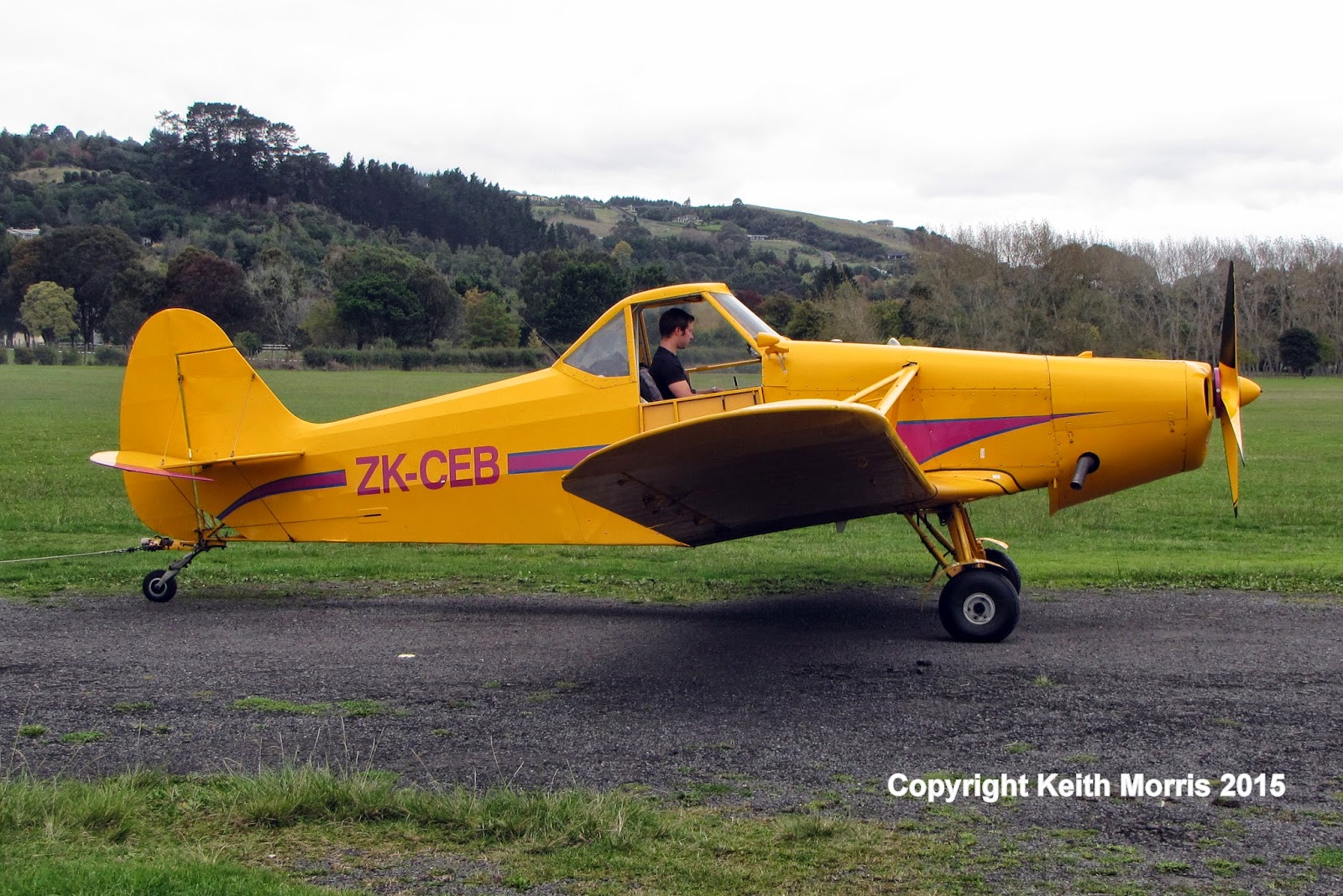 Piper PA 25-235 Pawnee ZK-CEB was with Rangitikei Air Services from 1964. Ownership transferred to the Auckland Club in October of 1967 and it has been with them ever since. 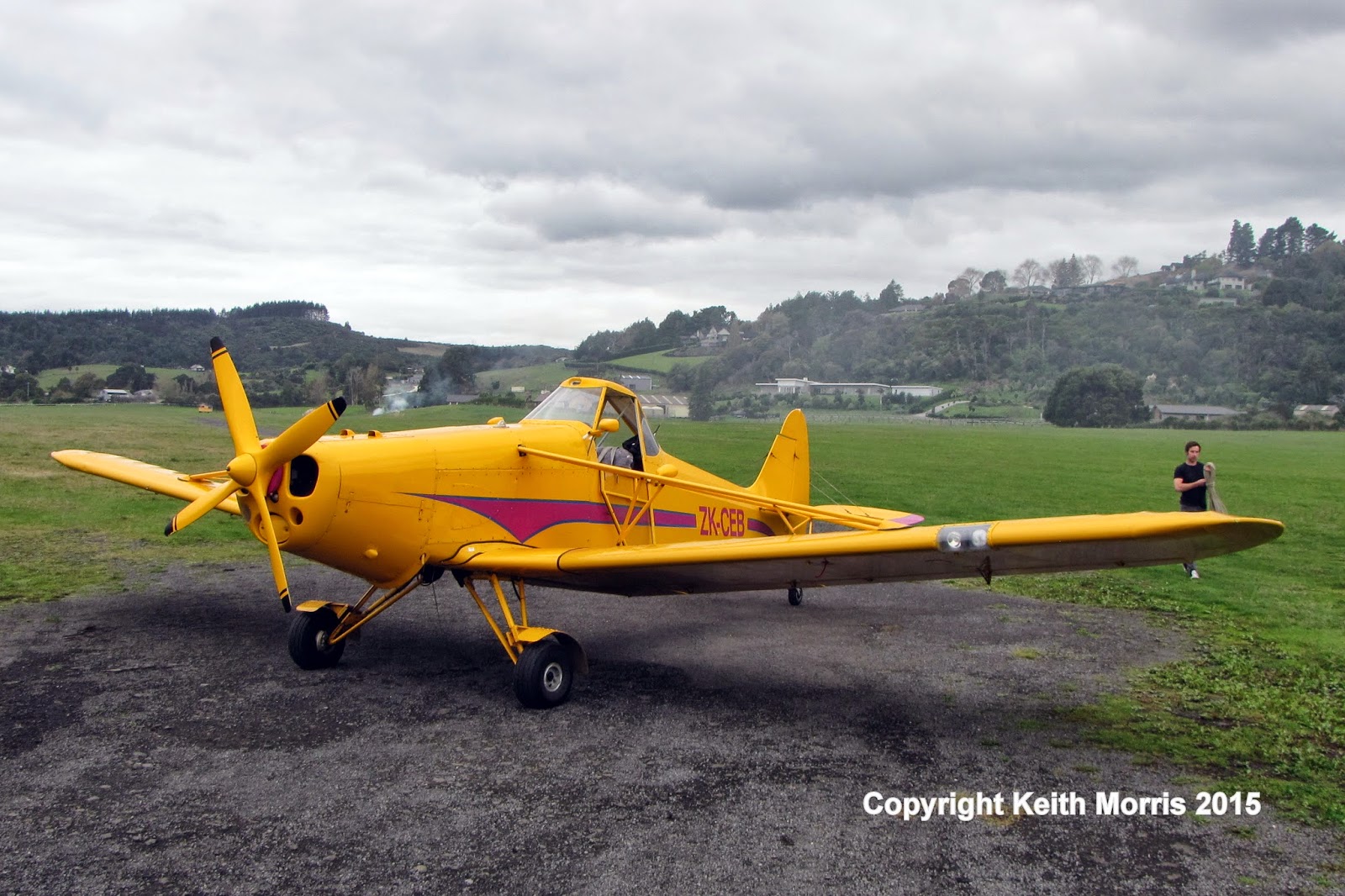 A better view of the four bladed prop, which is fitted for noise reduction. 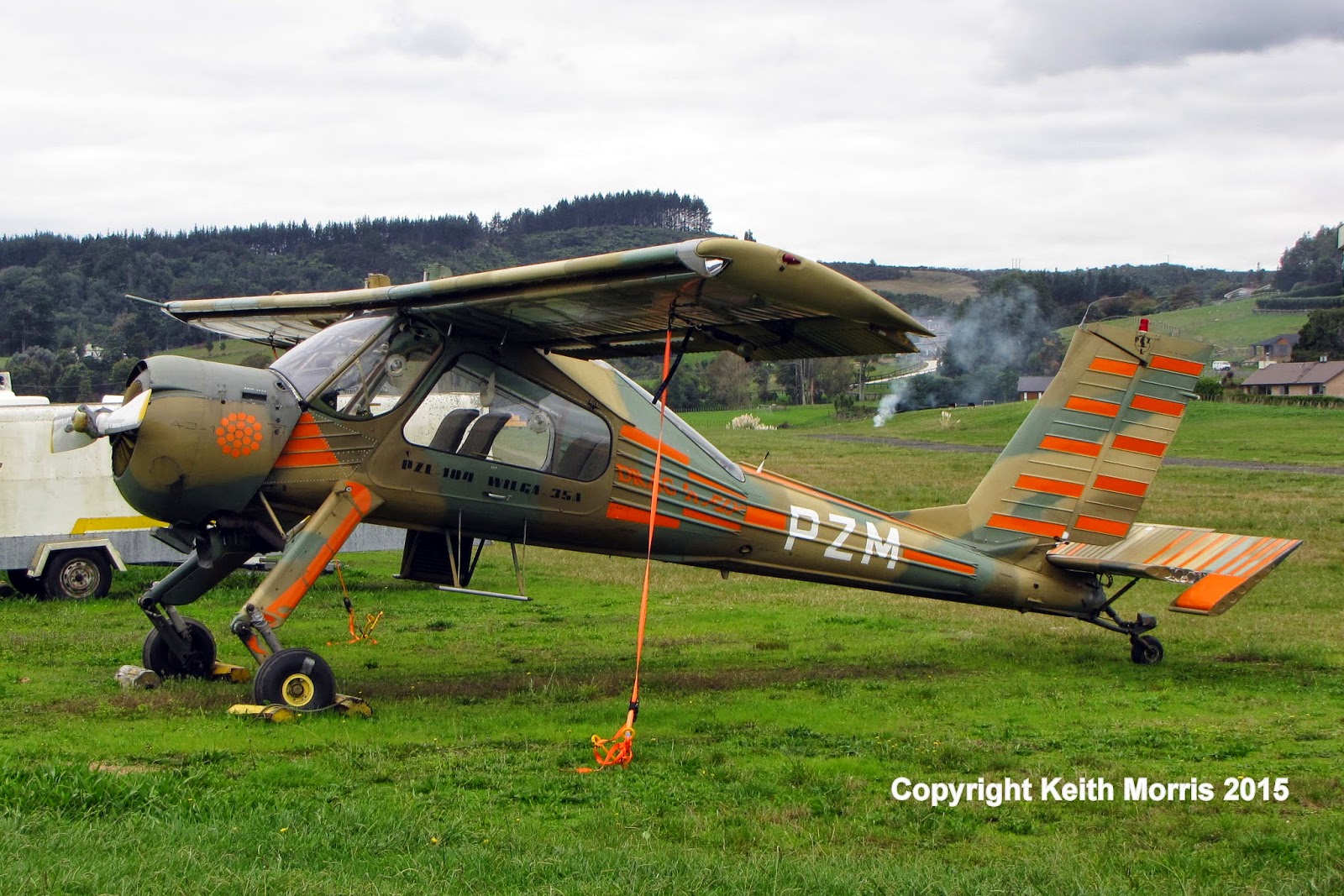 Another towplane was picketed, being the PZL Warszawa-Okecie PZL-104 Wilga 35 ZK-PZM of the RNZAF Base Aviation Sports Club of Whenuapai, which has been at Drury for several months.  This has been in New Zealand since 11/5/92.