New Zealand's latest private jet was placed on the registered 21 May 2015 in the shape of Cessna C510 Citation Mustang ZK-YDZ. Wearing the serial number 510-0070, this very light jet made the easy transition from its previous markings of VH-YDZ with whom it flew on behalf of Pacific Real Estate, Wollongong after being delivered new in November 2009.

The Mustang crossed the Tasman a couple of times in 2011 before it made the delivery flight from Bankstown to Sydney, Auckland and Ardmore on 23 February this year. It subsequently flew a number of times under its VH markings with visits to Tauranga, Wanganui, Hastings, New Plymouth, Westport, Hamilton and Woodbourne.  After a trip from Ardmore to Tauranga and back earlier in May the Mustang entered a locally based maintenance facility to undergo its transition to ZK markings and it was registered to Brookby Quarries who had previously operated Beech King Air C90 N890LG from January 2011 until June 2014 when it was exported to Australia. 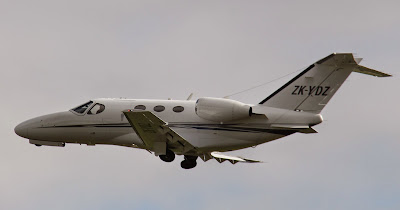 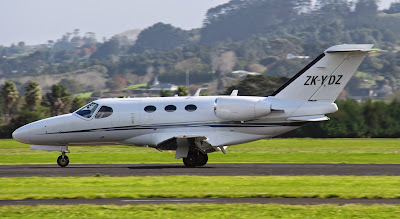 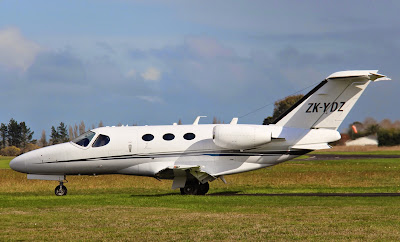