Further down the road from Drury is the Pukekohe East airstrip on Runciman Road.  Here there is a collection of hangars, one of which contains the 400 HP Fletcher FU 24 ZK-SFL of Cropdusters Ltd. 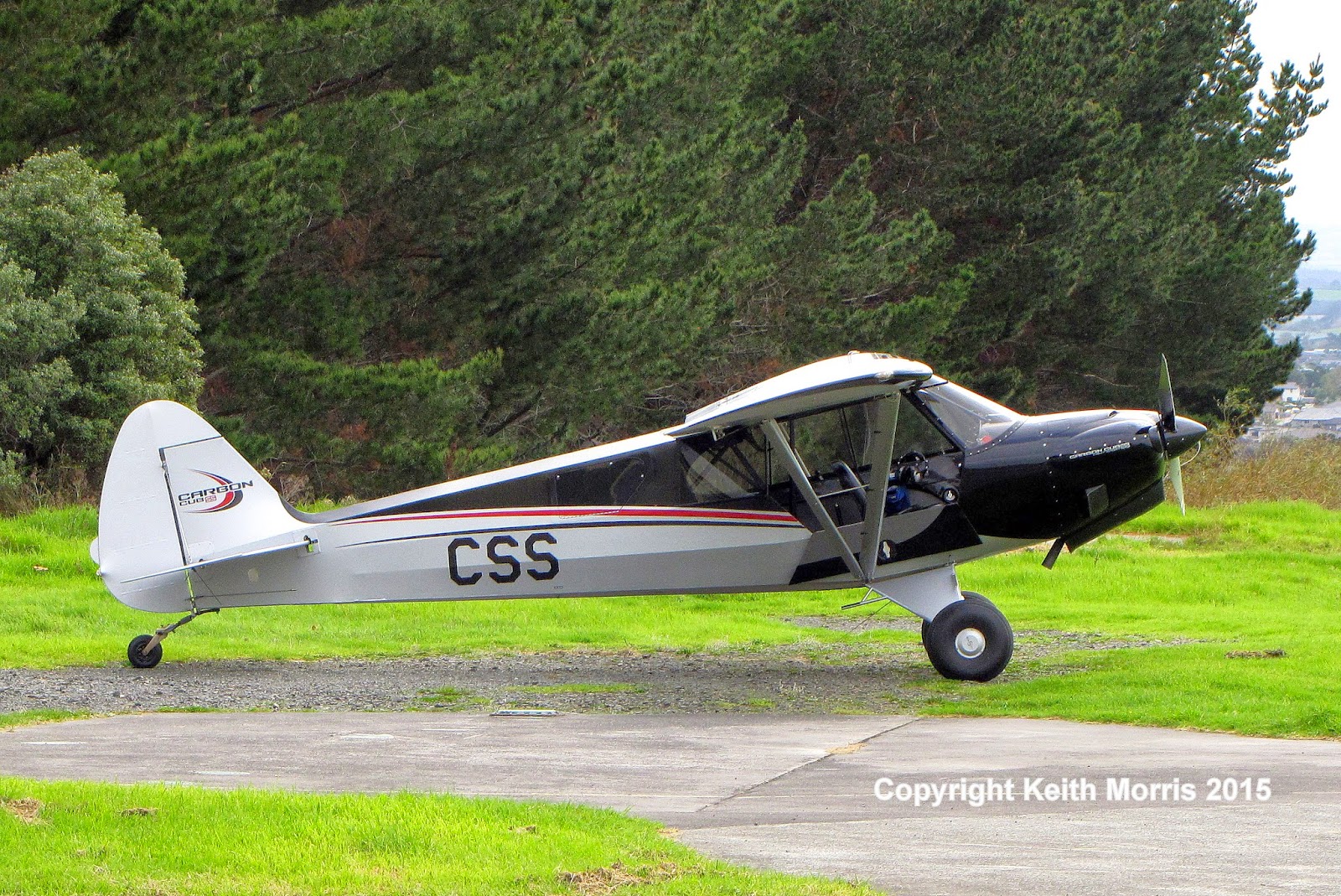 Another resident is the CubCrafters Carbon Cub ZK-CSS3 , which returned briefly for fuel. 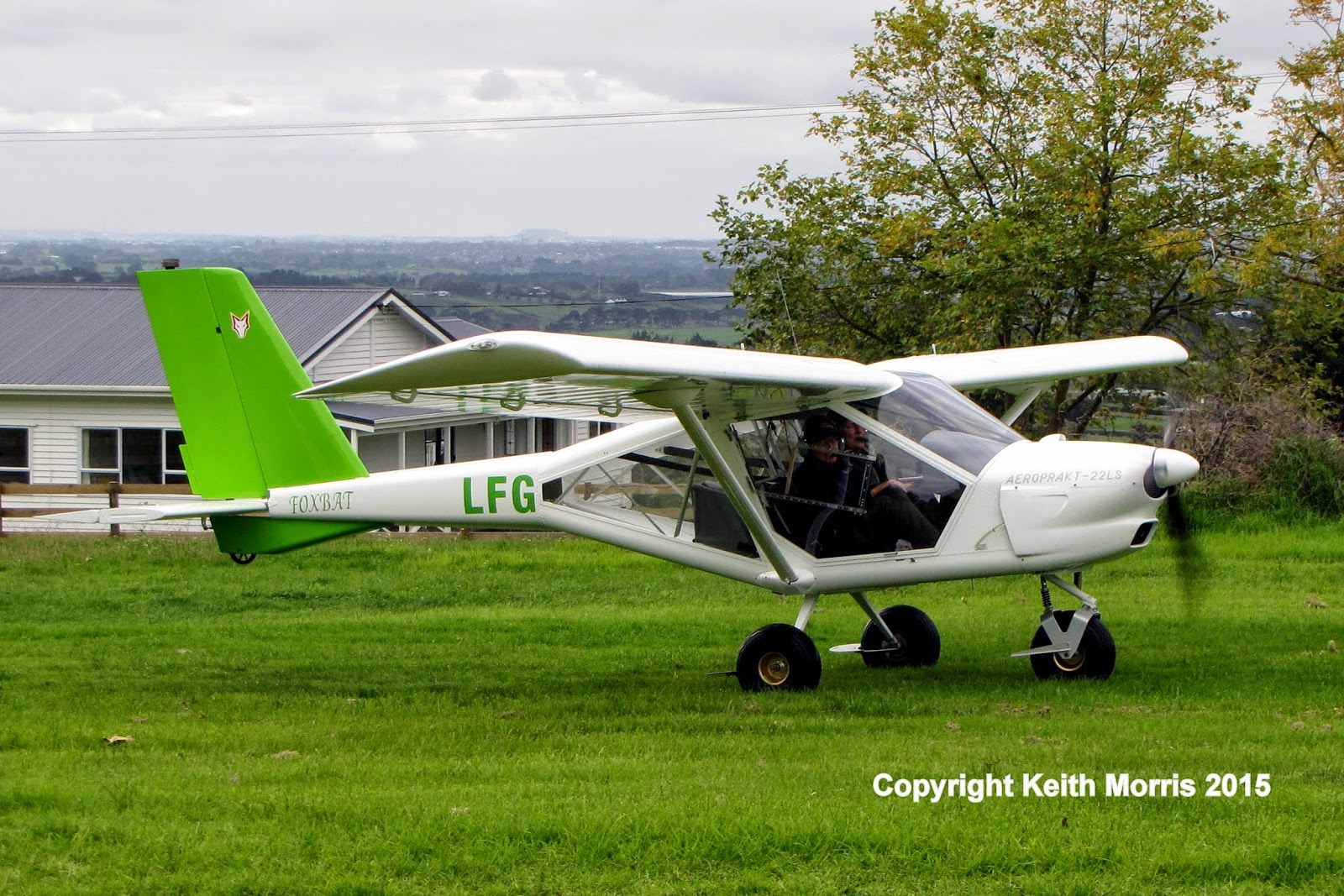 While we were chatting, Peter Beer and Jon Farmer arrived in their new Aeroprakt A-22LS Foxbat ZK-LFG2 (c/n 227) which was only registered less than a month ago on 6/3/15.  They were flying in the area so just popped in as it would be rude not to!  This must have been somewhat poignant for Peter and Jon as the Pukekohe East strip was where their earlier Foxbat ZK-LFG (c/n 168) crashed and was written off last November.  (Not being flown by them at the time although they were at the strip).  See www.nzcivair.blogspot.co.nz/2014/11/aeroprakt-22ls-foxbat-zk-lfg-accident.html 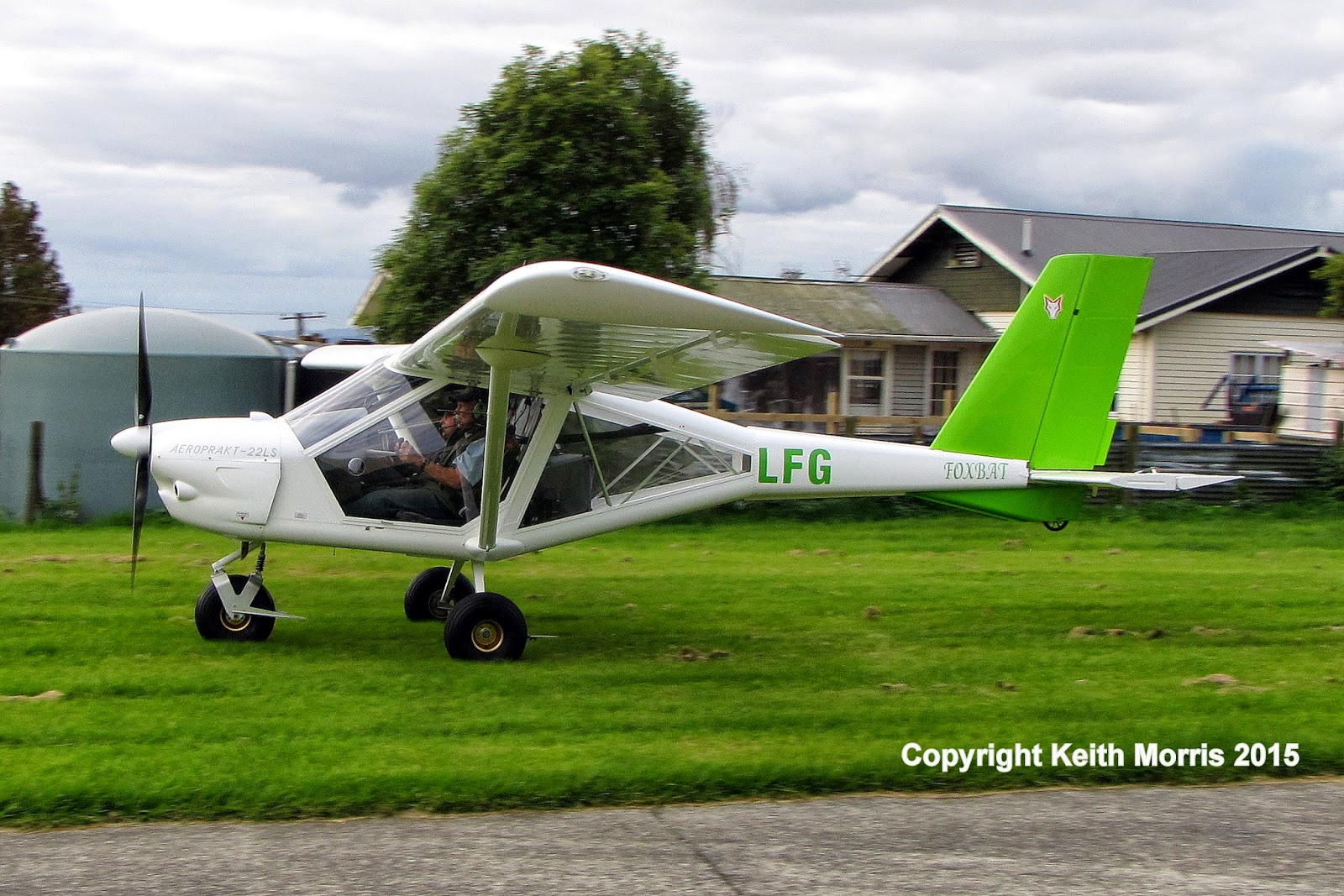 Then after a few minutes they were off back to their home base at nearby Patumahoe. 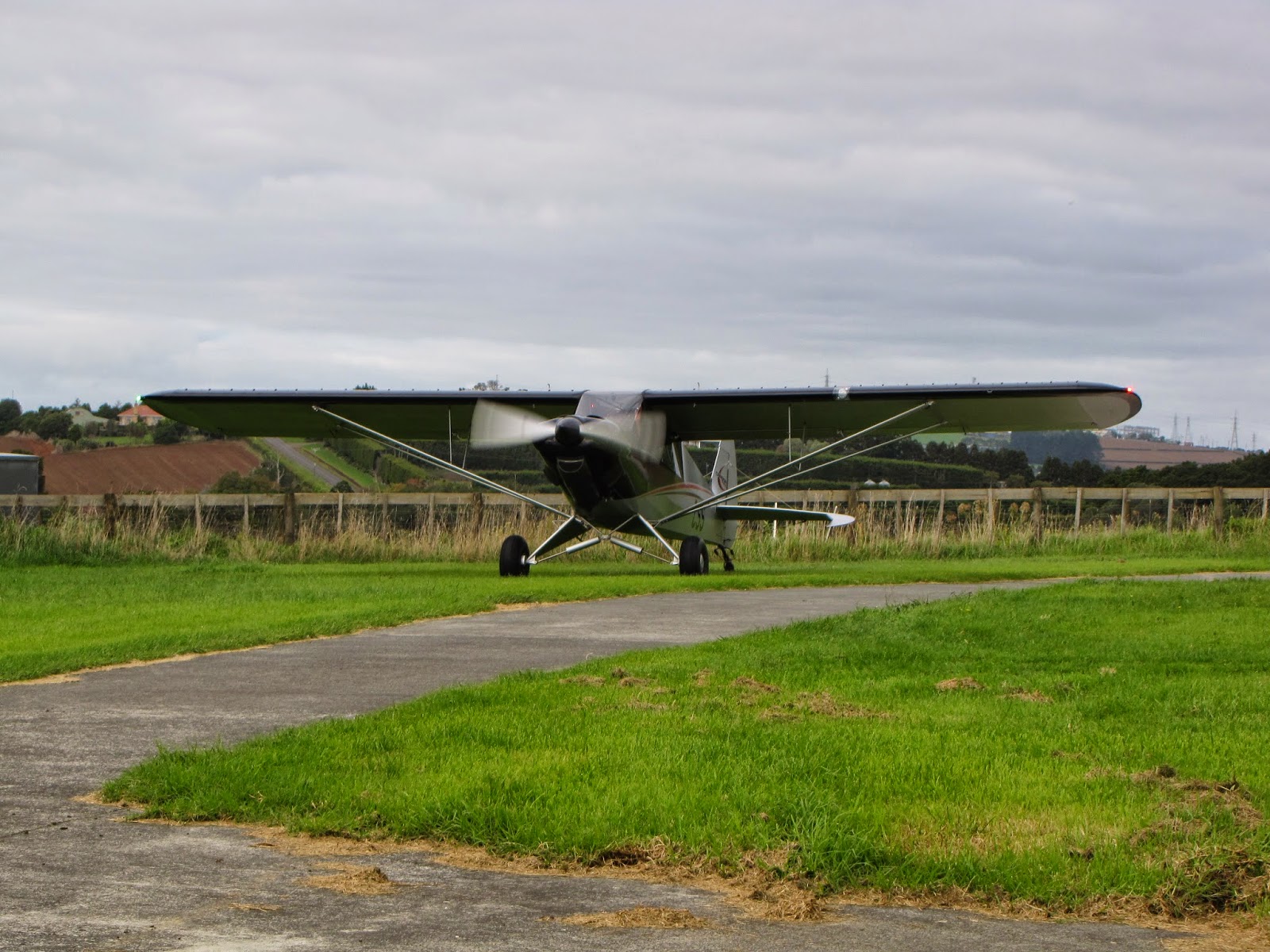