The above shot of ZK-EKS is at Christchurch on 05-06-1989 outside the Canterbury Aero Clubs old hangar with the Mount Cook Fokker Friendship ZK-DCB in the background. Below shows it on 02-12-1993 at Ardmore - no great change. 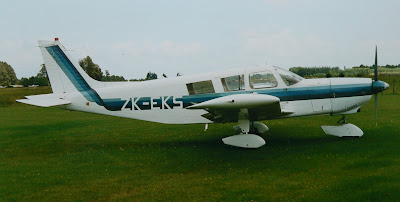 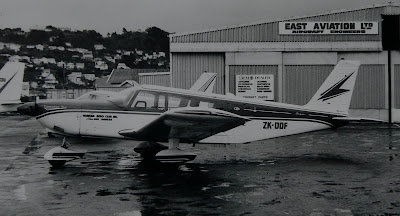 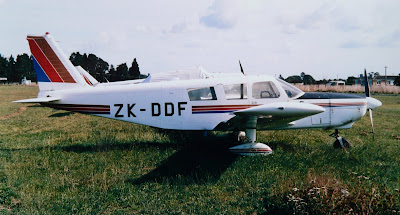 It joined N A Mathieson in March of 1985 and then to David and Margaret Brown of Christian Aviation Ministries Inc in July of 1985. Seen below at Ardmore on 28-08-1985. 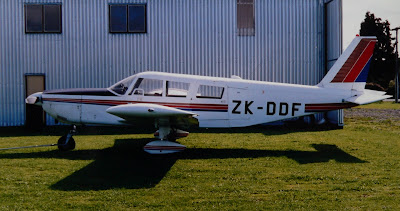 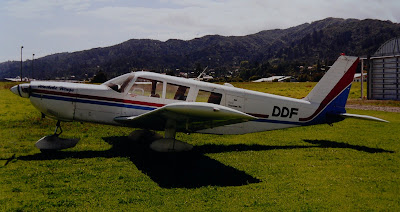 During maintenance corrosion was discovered in the tail section and to repair this the remains of the fire damaged ZK-EKS were obtained and as Rayner123 mentions - because the tail section of the Cherokees carries the manufacturers plate (just forward of the port horizontal tailplanes leading edge) the finished rebuilt aircraft became the new ZK-EKS on 24-10-2006, with ZK-DDF being cancelled on 20-10-2006.
Below we see ZK-EKS as seen recently (04-06-2010) at Christchurch. 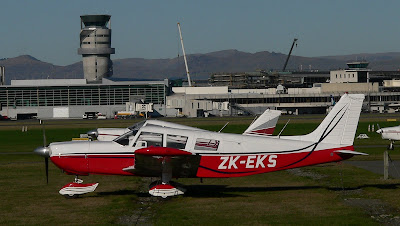